The Sum of All My Fears 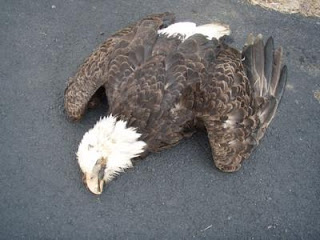 At the start of the 2000s and the 2010s some assholes published books saying that those decades would bring unprecedented prosperity for the United States. Well we know how those years went but while browsing Amazon recently yet another dumbass has published a book saying the 2020s will see the United States return to its winning ways.

Yeah, as you can imagine given recent events and circumstances things are still highly fucked. What's worse is that all signs and portents suggest nothing will get better for a while. Just for shits and giggles here's my take on the years between now and 2028.

Early 2022: The Orange Buffoon declares he is again running for president. His “Big Lie” is front and center in his campaign saying he was cheated in 2020 and will return to the White House to make America great again. Despite talk of his popularity waning among certain circles, his base begins to herald his return like the Second Coming of Jesus.

All possible Republican presidential hopefuls quickly go out of their way to announce their support for his 2024 run.

2022: Being that the out of the White House party almost always makes significant gains during midterm elections, I see the Republicans taking control of both the House and the Senate. Despite threats of immediately impeaching President Biden and Vice President Harris upon taking control of congress, I believe the Republicans instead will just spend the next two years throwing the government into gridlock. The Republican media propaganda outlets will blame the resulting gridlock on Biden/Harris to pave the way for Trump's 2024 campaign.

If any Supreme Court justices happen to die or retire after the midterms, Mitch McConnell will refuse to allow President Biden to pick a replacement. At that point I don't even believe McConnell will attempt to justify his refusal to confirm a new justice.

2023: This year will be a wild card. Should unexpected events favor Biden/Harris their chances at reelection will be helped. The state of the economy and foreign affairs will depend greatly on whether or not Biden/Harris has any chance. The Republicans will certainly make an issue of Biden's competence and any misstatement or mistake on his part will be amplified and repeated by the media until independents are convinced he can't handle the job. Vice President Harris will certainly be the subject of a smear campaign to paint her as a radical socialist.

The real question is whether the Republicans will go so radical to secure their insane base they will alienate the fairly moderate suburban women.

Expect Russia to launch a massive interference campaign so huge it will make the 2016 interference look insignificant.

The final wild card that could happen anytime between now and 2024 is whether or not Trump and his family members are ever criminally indicted. If the Orange Buffoon and any family members are indicted with such evidence as to make conviction a real possibility, Trump will cut a deal so fast that I wouldn't put it past him to do anything from voluntarily fleeing the country to turning on the Republican party.

Got to admit, I had come to believe that Trump would have been long since indicted on something by now.

2024: If the country remains locked in economic stagnation and/or stuck in some form of Covid quagmire Trump will return to the White House. Trump's earlier disasters will be carefully swept under the rug with his propaganda emphasizing his “success” of managing the economy. Americans don't have the attention span of gnats but in general do have about the same level of intelligence.

It can't be understated the level of revenge Trump supporters have simmering over what the consider was the stolen 2020 election. On the other hand Democrats as sure to be fighting among themselves with progressive most likely whining about how they are ignored and should break off to form their own party.

While it was only whispered about on radical right-wing websites and chat rooms, I see a real possibility of Republican brownshirts groups forming to prevent certain people from voting. During the 2020 election I saw numerous examples of Trump supporters in massive pickup trucks with huge flags flying behind them cruising around polling places. On the surface it would be easy just to say they were peaceably showing their support. But a person would be a fool not to think these activities could easily turn into intimidation tactics.

This will go along with voter suppression laws being enacted by Republicans.

I'd like to think that Democrats might take back at least one house of Congress to counterbalance a new Trump Administration. More than likely that's wishful thinking on my part.

With this being Trump's second rodeo, he will go straight to picking corrupt and unqualified members for his cabinet. I predict his Vice President will be Nikki Haley. Although, Trump will keep pushing Ivanka Trump into staged government activities to build her credibility for a presidential run. For years Ivanka has openly expressed an desire to be the first female president. What friction this might create between his vice president and his unofficial but preferred successor will be interesting.

2025: In 2020, Trump sincerely believe he had the Supreme Court in his back pocket and that they would side with him on the election cases brought before them. Since they didn't, I see a huge possibility that Trump will pack the Supreme Court with up to five extra justices. All certified toadies that will do whatever he demands.

I genuinely believe McConnell would go along with packing the Court. His reasoning being that since the Democrats talked about it after the 2020 election, he would do it. Yes, McConnell will still be alive and running the United States Senate. Remember, Strom Thurmond was kept in office even years after the old bastard couldn't put a five word sentence together. With Mitch they would go as far as inventing a portable life support system to keep him in the senate. If he does die, there are plenty of sycophant replacement available.

I easily expect quick Supreme Court decisions that will promote a genuine authoritarian/police state takeover of the United States. While this is going on the military will be purged of officers whose loyalty is to the Constitution.

2026: By this time I expect considerable civil unrest in certain American cities with Republican brownshirts and actual cops shooting African-American men and women. Trump will stoke these racial fires resulting in rioting that he will crack down on with heavy force. I actually see Democratic-lead cities being taken under federal control.

The 2026 midterms will essentially be meaningless. Popular Democrats that could challenge Republicans in most any office will be accused of something illegal disqualifying them from office. Economic data coming from the government will be fixed to express whatever Trump wants. Whether or not Trump has taken control of the independent news media is an open question. If not, his brownshirts will certainly be used to scare journalists into submission.

2027: By this point the very seams of the country will be coming apart with separatists movements taking shape certainly in California and the Pacific Northwest. Especially if Trump refuses to release FEMA disaster funds until those governors grovel at his feet or change policy. What makes this particularly dangerous is that states like California pay out more money to the federal government than they take in. Whereas most red states receive more federal money that they pay in taxes.

2028: Trump being an unhealthy old man has to die sometime. But if the bastard makes it to this year he can't run for reelection, or at least that what the Twenty-Second Amendment says. Should he reach this point I can easily see him trying to push the idea that he “deserves another term.” The members of his cult will certainly agree and punish anyone who opposes the idea.

Should Trump die during this term how his vice president deals with his politically ambitious family and the Republican party as a whole will be interesting.

Email ThisBlogThis!Share to TwitterShare to FacebookShare to Pinterest
Labels: I Got Nothing, nightmare future

Man, I hope you're wrong. But it's all way too believable.

I hope you're wrong, too. I think t would be interesting to see what he would do if indicted, especially if he is blocked from fleeing the country. It sounds like you've read Lewis Sinclair's book, "It Can't Happen Here." It was written in the 30s and is about a strong man taking the country into a fascism.

Well that was just depressingly plausible.