Feeling Down? Get naked and try some Calypso Blues 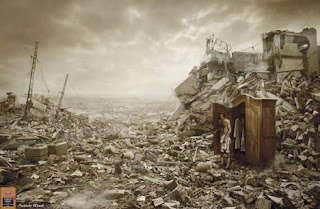 Have these times got you down? With things like the global economic meltdowns caused by greedy rich assholes. 21st century pirates out to plug the arteries of global commerce and deny Wal-Mart its fully stocked shelves. An insane congresswoman claiming that the president of the United States is one of the horseman of the Apocalypse or the Antichrist. Pandemics and people running to the hospital panicking because some Hispanic kid sneezed on them in line at Wal-Mart, yes I heard that happened today. And the politically undead in Washington moaning "nnnoooooo" at the slightest suggestion of any course of action for the country that doesn't give tax cuts to the above mentioned greedy assholes. With all this going on anyone can get a case of the blues. If this appears to be the situation get naked like me and try some Calypso Blues . Yes, I've embarrassed the kids and my wife is calling the local mental health clinic weighing her options but I'm having fun. If I only had some nice Jamaican ganga now all would be right with the world.

Email ThisBlogThis!Share to TwitterShare to FacebookShare to Pinterest
Labels: I give up, serious weirdness 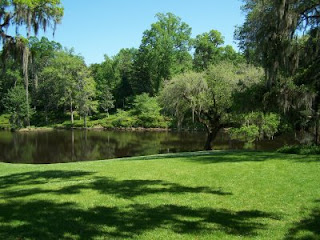 Just when I began to think that nothing else in the huge cluster fuck called human civilization could surprise me Mother Earth goes and slaps me aside the head. Friday for me was rather busy and since I had not taken a lunch I had not heard a word about the outside world. I grabbed a Coke and a sandwich from the cafeteria and sat down to watch some news before I left for home.

Much to my surprise the red hot and ever so slightly vain Contessa Brewer was talking about a Swine Flu outbreak in Mexico with some cases appearing here in the United States. If I were to be asked what new Hell would pop up after 21st century pirates, global economic meltdown, and the new phenomenon of undead zombies being interviewed on television saying that torture isn't torture as long as Vice Zombie-in-Chief said it isn't the possibility of a global pandemic just wasn't one of them.

So what does one do at the appearance of yet another danger to human civilization? My small clan and I loaded up in the car and drove down to Charleston, South Carolina. The main reason was to see my cousin's new baby daughter but after we drove a little farther down the road and checked out Middleton Place plantation.

From there we checked the gardens lined with ancient oaks, the stable yards filled with the smell of living creatures, and the restaurant where I fell in love with their she-crab soup. All I can say is that soup is its a good thing I couldn't sell Dragonwife for another bowl. The day was climaxed with a cheese and wine tasting where I flat out almost did climax drinking absolutely fantastic Spanish red wines. They did have one German white wine amongst those I guzzled and all I can say about that wine is that the Germans are fine car makers.

As I staggered back to the car all the worries of the world were lost in the mental fog induced by the efforts of a bunch of fermented grapes. I figured that Sunday would bring news that the Swine Flu outbreak was treatable and over blown with the number of cases now declining. At least as I held the ice pack to my head sucking on three Advils and watching MSNBC I learned that it was treatable but cases were popping up all over the United States and the cases were still increasing down in Mexico. While all the talking heads, both media and CDC scientific types, say they are concerned, but not fearful, I hate to bring up that all the similarly smart and highly paid educated types several months ago said our little recession was suppose to be shallow and short lived.

With so much else to worry about my hopes and prayers goes out to President Obama and to all in government service with having to deal with this new slice of shit pie that just got served up. I swear though once this blows over I half expect the fabled zombie uprising or an alien invasion.
Posted by Commander Zaius at 9:46:00 PM 16 comments: 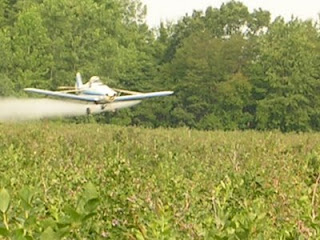 Years ago while I was still in high school I would sometimes hear my uncles curiously reflect that the physical attributes of the girls I went to school with seemed to have developed far earlier than the young girls they knew while in high school themselves. This was not just some lewd excuse to ogle the attractive young ladies because they were far from the only ones making that observation and such remarks were not limited just to girls. I have heard people say many times that young guys are shaving far sooner than their fathers did and that they are physically maturing far faster as well. Case in point is that my son is thirteen and is now, in a limited way, shaving himself and is nearly six feet tall. I didn't even begin to worry about facial hair until much later and I didn't hit six foot until sixteen.

Every once and while some scientific report will surface giving credence to such anecdotal observations. The reports will state that the artificial growth hormones feed or injected into dairy cows are bleeding over into the milk they produce resulting in the faster development or maturing of children. Of course a whole army of counter reports and high paid scientists and spin doctors will flood the media assuring us that the milk supply is as safe and wholesome as it was in the good old days.

Being honest here but that may very well be the case. I'm not a scientist although I will say my understanding of science is far better than my educational contemporaries and even better than many of the post-graduate level college types I know. Digressing here but for example I once had a conversation with a lawyer friend of my wife's that didn't know the difference between nuclear fission and fusion.

But getting back on point, even if the hormones in milk are harmless we are flooded in this day and age with artificial chemicals in every aspect of our lives from work to home. We willingly bath ourselves in cleaning agents to sanitize our homes, air fresheners to hide the normal smell of pets and people, food additives to preserve or make what we eat taste better, and spray very toxic chemicals into the open environment to control pests that feed of the crops we eat.

These compounds are tested and said to be safe but even the manufactures state their products are harmful beyond certain levels. So for me at least the question is still open as to whether all the wonderful things the science of chemistry has wrought don't work their way down to our children. You might find the following transcript interesting. Oh yeah Happy Earth Day everyone.

CURWOOD: From the Jennifer and Ted Stanley Studios in Somerville, Massachusetts - this is Living on Earth. I'm Steve Curwood.

When crops go in the ground and start to grow, it's the time for conventional farmers to apply chemical weed killers.

For example, millions of pounds of Atrazine are applied on US farms each year, even though the herbicide is banned in Europe.

And it should not be surprising that between April and July, there tend to be higher levels of pesticides in water than during the rest of the year, as the U.S. Geological Survey has found.

CURWOOD: What is surprising is new research that shows an association between the time of conception, pesticide levels, and the likelihood of crippling or fatal birth defects.

The research is being led by Paul Winchester, a neonatologist. His curiosity was aroused when he encountered a high level of birth defects when he began working in the heart of farm country at St. Francis Hospital in Indianapolis.

Dr. Winchester, what exactly did you find?

WINCHESTER: We found that birth defects like spina bifida, cleft pallet and lip, down syndrome, urogenital abnormalities, club foot among others are some of the birth defects that are more likely to occur for women who conceive between April and July. That time period coincides quite well with the time period when surface waters measured across the U.S. are having significantly more pesticides in their concentration than any other times of year.