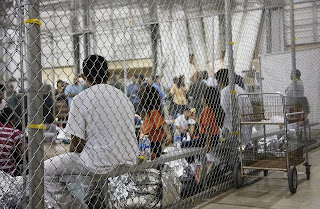 Bryant hated his brother-in-law from the day his wife first introduced him. A successful real estate developer, Richard Carter was the ugly epitome of arrogance and overindulgence. Just minutes after sitting down with Richard in the lobby of the Miami hotel where he was staying, Bryant desperately wanted to escape the man's presence. He oozed a sickly sweet and condescending confidence that would rivaled medieval kings or Roman emperors.

“So Elaine says you teach high school history.” Richard said after the two sat down across from each other in the available overstuffed chairs. “Got to admire a man attempting to teach those animals the finer points of the liberal arts.” He continued with a thinly veiled snide smile.

Bryant's stomach turned instantly sour trying to decide if Richard's remark was aimed at the poor, mostly black and Hispanic kids he taught or at his profession. Commonsense suggested that Richard was probably aiming at both given how the man had expressed his disdain of anything involving government on the Fox News business shows he periodically appeared. Richard was one of the standard issue talking heads Fox News pulled out whenever they wanted to decry the abuses of wasteful spending and how the poor middle class taxpayers were being taken advantage of by the evil liberals.

Richard's main qualification for his television appearances, beside his good looks and expensive wardrobe to show off his wealth, was his ability to propagandize free-market capitalism. His rants about how America was great because of hard working but often abused businessmen almost always sent Fox's assortment of blonde bimbo female hosts into orgasm. Richard always finished his appearances by claiming anyone could be a success in America if they only worked hard.

Something Bryant knew from his students was unfortunately not the case. He understood systemic poverty was like oily tar, if you were born into it or through misfortune found yourself engulfed by the condition, escaping was damn near impossible.

It was a testament to the ignorance of Fox viewers that they could ever believe people like Richard gave a damn about their well being. Richard's primary concern was his own advancement in both money and prestige. This meant cost cutting measures like hiring as many illegal immigrants he could get away with on his construction worksites. Such violations also meant that if anyone got hurt they either left on their own accord or were run out of town by one of his security guards.

While there were rich men and women who cared about their workers and community, those like Richard existed just to taken advantage of the system to their benefit. That they occasionally had to work the ignorant masses from time to time was just par for the course.

“Yeah, all the way from the birth of civilization to the fall of Rome. The whole range of assholes from deluded god-kings to decadent, inbred aristocrats who didn't know their ass from a hole in the ground.” Bryant responded while looking Richard straight in the eyes.

Richard slightly laughed at the remark while he lifted the sparkling glass containing two shots of expensive bourbon to his mouth. After consuming the golden brown liquid he sighed deeply as if he was dealing with an impaired child. “Yet those god-kings and aristocrats pushed mankind forward.” He said obviously satisfied with his cleverness.

It was only the arrival of Elaine and Richard's wife, Maria, that stopped Bryant from answering. The trip to Miami was part of Bryant and Elaine's honeymoon. The fact that Richard was paying for a shopping spree for the two women was the only reason Bryant was giving the egotistical ass the time of day. Richard's one human trait was his love of his wife and sister, for that reason alone he was willing to attempt to be civil. Bryant sat in the chair listening to the two women talk about their adventures while hoping he would have little to do with Richard in the years to come.

On one wall of the lobby was a huge television screen showing another real estate bastard descending an escalator with the caption saying he was going to run for president. Richard noticed the broadcast as well and broke into a huge grin. To Bryant, his wife's brother looked like he had just seen Jesus.

“Son of a bitch,” Bryant whispered to himself before waving down a waiter and ordering a stiff drink.

The bus caravan had finally reached the southern border. Bryant, squeezed in the middle of a too small seat situated on the left side of the bus held his wife and daughter tightly watching the activities outside. Several of the militia guards had dismounted from their former U.S. Army humvees running ahead of the convoy. It was early morning with the sun just beginning to rise in the east but to Bryant the night was just beginning.

The years following his first meeting with Richard while personally satisfying had been on long series of disasters for the country. The election of Donald Trump quickly eroded the already decayed structure of American political life. Trump and his minions systematically cut away the checks and balances of the Constitution leaving chaos and an extremely weaken United States government.

Matters were made worse by the incompetence of the Democratic Party, namely several of its 2020 presidential candidates who ran independently or on third party ballots once they failed to secure the nomination. They drew enough votes away to secure another electoral college victory for Trump.

The years of Trump's second term were even worse than the first. His erratic behavior damaged everything from the economy, to the judicial system, along with the functioning of agencies like FEMA. By this time political gerrymandering and voter suppression supported by rigged courts had all but removed any effective opposition. Trump's successor, a former governor of South Carolina and United Nations ambassador rode into office promising to continue his policies. That's when the hammer finally fell.

After eight years toying with tariffs and altering the Federal Reserve system the economy finally collapsed a year into the new president's term. Bryant, who by this time had changed occupations since the education system was pulled apart, watched the small protests around the country evolve into riots, then scattered uprisings. With already starved local governments cut to the bone, the militias that had grown under Trump began to take up positions to enforce their versions of the law.

Abused inner cities residents rebelled eventually forcing the federal government to send in the army in an attempt to restore order. That was when the West Coast was hit with a massive earthquake which ravaged everything from San Diego to San Francisco. Throw in an ongoing drought in the farm belt and two category five hurricanes making landfall on the southeast coast the fabric of society disintegrated. By 2026 the government of the United States had been replaced with a scattering of already failed states governed by various warlords. But Richard Carter somehow stayed above the chaos.

With the country dissolving, Bryant and Elaine sought refuge at Richard's compound in Texas, a relatively peaceful area. But Richard and other members of the rich and powerful knew the violence would soon overwhelm their location so he made plans to get his family, including Bryant, Elaine, and their daughter out of the country.

The caravan was an assortment of travel buses whose main advantage was that they had running engines and fuel. Richard and his friends paid heavily for militia protection with their destination being the border where Mexican guards had taken positions on Trump's now completed wall preventing scared Americans from sneaking out of the former country. A few bribes here and there would assure the Americans entry into the safety of Mexico.

The only problem was that wasn't what happened. After arriving at the checkpoint, Mexican Army soldiers escorted the bus passengers into the very camps that U.S. Immigration and Customs Agents once held Mexicans and Central Americans fleeing the poverty and chaos of their countries.

“Wait a goddamn minute,” Richard screamed as a Mexican soldier pushed him back into the line leading into the camp filled with rows and columns of dilapidated tents. “I'm Richard Carter, you can't treat me like this. I'm a human being seeking refuge from violence and militias.”

A Mexican Army colonel heard the commotion and came over. “Yes, I know of you Mr. Carter,” he said in flawless English suggesting he spent some time in the former United States.

“Finally,” Richard exclaimed, “someone with a little bearing and intelligence.” Richard was giving his usual smile and in the few seconds he had instantly regained the imperial bearing he displayed on the now defunct Fox News.

Richard's recovery was short lived. The Mexican colonel grabbed the soldier's rifle and used the butt of the weapon to slam Richard's head. The stunned real estate developer fell to the ground, barely conscious.

“Now get into the fine concentration camp your former president built for my people.” The colonel said with his voice oozing with revenge. It took several more impacts with the rifle before Richard finally got the message and crawled into the camp on his hands and knees.

Bryant couldn't help but laugh at the karmic justice that had befallen his brother-in-law and his once great nation.
Posted by Commander Zaius at 5:08:00 PM 8 comments: