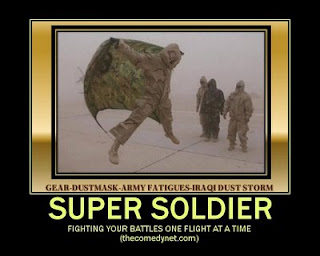 GO SEE THE DAMN MOVIE!
First off, I need to tell all the old Trekkies to go ahead and brush off the chips perched on pouting shoulders and pull the hairs out of disgruntled asses. Sitting here at my desk, mere minutes removed from leaving the theater all I can say is that finally a Star Trek movie has been made that can interest more than the gaggle of Starfleet and Klingon custom wearing nerds that in some seriously disturbing ways often occupy another universe. Simply put, this film pulls in both the avid, sane, fan and those who know next to nothing of the adventures of those who have crewed the USS Enterprise into an excellent action/adventure film with hugely refreshed characters that still completely retain the original human, and Vulcan, aspects than made them so appealing.
To a great degree I can understand the vague reports I’ve heard of Star Trek fans upset that J.J. Abrams has dared to alter the holy canon of the saga from accepted norms. For years I myself cleared all normal, healthy activities to sit in front of the television whenever any of the television series were on. And like some drug addict looking eagerly for his source I stood in line for what I know now, in the cases of the Next Generations films, are theatrical abominations that should be only viewed as how to screw up a money making franchise. But that is all in the past, and of the many lessons Star Trek has tried to instill one of them is that if you don’t have a time machine, or can’t steal one, you have to move on and build a better future.
This film opens up on the USS Kelvin right after it has discovered something and someone that has traveled through time which quickly goes on to kill most of the crew and destroy the ship. But not before the father of James T. Kirk gets as many people off the ship, one of them being his pregnant wife, to safety before he dies. For young Jim Kirk, his life temporally altered, things don’t go like they should or did before the flow of time was changed. He is still smart and recklessly brave but a slacker with no real direction other than looking for a new babe to bag.
All that changes when he meets an old friend of his father’s that challenges him to do better and enlist in Starfleet. I guess much to the surprise of himself young Kirk joins but his road after that is rocky with him butting heads with an upper classman, Spock, who is himself working through issues from his own difficult childhood. It takes much of the movie for them to both realize that they each bring a unique perspective and special talents that complements the other. It even takes an older and wiser refuge from the original timeline both gently pushing and where needed, sticking his foot up their asses to get them both moving in the right direction in time to save the day.
The rest of the family is there with Bones, Scotty, Uhura, Sulu, and Chekov playing more than supportive scenery for the big two. Each of the people playing them seems to actually care for the character they have been cast for and, in my opinion, do an excellent job. The true beauty in the movie is of course the starship Enterprise, NCC-1701, who while being updated again kept the elegance of the original. All together this is more than a mere summer blockbuster; it is a return to the original theme and I believe spirit of what Gene Roddenberry wanted in his creation. Gone is the techno-babble that infected all the other series and movies making then only appealing to a small group of zealots. In short go see this movie, you will be hard pressed to find something more worth your money and time as the summer progresses.
On a personal note, my biggest problem with the costumed and role playing fans was that this modern epic to me was more than just an excuse to live outside realty. Hell I do that enough in other venues, but for me Star Trek has always been a roundabout promise. That there is indeed more to this life than the commercially inspired corporate rat race here in America and in the rest of the world the never ending struggle between people never loving their children enough to let go of century old hatreds.
Star Trek, in its best form, has always been that humans can do better and set aside the old hates and prejudices. That truth, justice, and knowledge can win out over corruption, injustice, and superstition. That we humans are more than some evolutionary mistake, that we can solve the challenges that we face and do what we are best at, “explore new worlds, seek out new life and civilizations, to boldly go where no one has gone before.”
Posted by Commander Zaius at 11:30:00 PM 17 comments:

Just another day at the beach 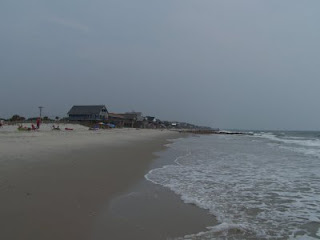