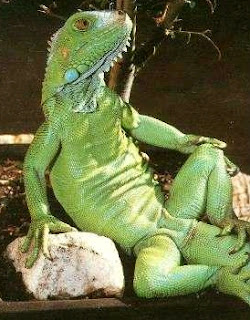 “Avrum Cohen you scaly bastard,” I yelled out, “what have I told you about smelling up my apartment! What are you doing on Earth anyway; I thought you had made citizenship on the new Israeli orbital habitat? ”

“Easy Eddie,” Avrum chuckled in his deep southern drawl using one of my many names, “I’m here to give you a lead on your next case, which could be very profitable for you.”

“What case Avrum?” I asked after walking over and opening the patio doors facing the Atlanta skyline. “Anyway, I do not need work right now I just got back from London after finishing up a nasty adultery investigation. I have plenty of cash and a full stomach.” I said thinking of the enhanced intelligence squid that I had been hired to assassinate. The cephalopod was having an affair with a New York socialite whose husband wanted him dispatched with imagination. I pan-fried the eight-armed adulterer in a flaming wok with white wine and father beans, after adding a banana sauce the smell was so enticing the squid’s human lover joined me in the meal.

Do you remember when we first met Eddie?” Avrum asked. The last thing I wanted to do after a long, exhausting trip was walk down memory lane with an irritating alien iguana of the Jewish faith but I did remember.

It was a one hundred-fifty years ago and I was working the now defunct “Men in Black” organization trying to stop the illegal export of peanut butter off the Earth. It‘s old and disturbing news now but peanut butter in raw form is the most addicting and toxic substance in the galaxy reducing the most intelligent and sophisticated species to slobbering primitives.

MIB had traced the supply line to a small island off the coast of South Carolina and I found Avrum playing the pet of a deranged astrophysicist who daily dressed up as Carmen Miranda. Avrum was the linchpin of the operation getting the illegal peanut butter off planet from his ship he hid just off the beach underwater. After cornering the little bastard and tricking him to confessing so it would clear Earth, I let him slip away only so the battle cruiser from his home planet in orbit above Earth could snag him.

He spent close to an Earth century in prison back home and in that time became a born-again Jew, where he eventually moved back to Earth to be closer to his adopted homeland. While walking the straight and narrow now, Avrum still had friends on the other side of the law, friends that occasionally needs high priced errands done.

“So what is the case Avrum?” I asked after slumping down in my easy chair fighting off a growing bout of indigestion.

Avrum took a deep draw off his cigarette and smiled something that did not mean the same thing to his species as it did to humans. “It’s simple really, I need you to retrieve something.”

“Avrum you slimy bastard,” I whispered to myself after stepping through the wormhole into the facility where an item he needed was being stored. It was the old MIB North American headquarters deep inside Wyoming, a place supposedly abandoned in 2025 after one of the grey-skinned, big eyes aliens of all the old UFO abduction stories finally put down in some place other than a redneck trailer park. After crash landing outside a vegan restaurant, the real story got out and the ensuing scandal exposed MIB and ruined its reputation.

The passageway lights were on and the sound of conversations coming from behind many of the closed doors actually surprised me. I knew this particular area of the complex well but my progress was slowed by my need to stay hidden. My curiosity was building as to who was using the place now but that was quickly answered when one of the doors to a conference room slid open and out walked twenty of the most powerful zombies in American politics.

It made sense now, right after Yuppie first contact the Zombie Uprising occurred a year later with the aging political elites using the zombie virus as a method to stay in power. It was time for the Republican political convention with scuttlebutt saying Zombie Bob Dole would finally get his chance at being President. I gripped my plasma blaster tighter wanting nothing more than to blow each and every one of them into subatomic particles. But, I had made my promise to Avrum and I was honor bound to fulfill it. Still though, some revenge came my way as I recognized a strangler stumbling out of the room, it was a perpetually fat and balding radio show host who irritated the living shit out of me. With little struggle I quietly shoved him down a trash chute that leads straight to the facility’s ten-thousand degree furnace.

The zombie elite never even knew I was in their secret lair, I found the correct storage room, the right container, and triggered the opening of the return wormhole. Stepping through I was back on Avrum’s estate in Cuba. My iguana friend elbowed me out of the way and took the containers placing it on a table surrounded by the royal court of his home planet.

With a reverence unheard of these days on Earth the lizard Crown Prince opened the box and removed the item I had been sent to repossess. It was their most precious historical item, the ancient battle Pogo stick that every king used as a symbol of authority since their history began. In my over two-thousand years of life it was one of my proudest moments to return it to them.

Fell off my Pogo Stick so many times, once resulting in a twisted ankle never tried it again after that. Fantastic sci-fi story right from the start to the finish :-).

Very funny piece of writing. That image of a an iguana with a cigarette in his mouth his price less. Well Done

And an Avrum pic, with no wiener.

Heh, heh, heh, heh, heh .... Yuppies, Zombies, born again Jew reptile's (I'm actually part Jewish Bum ... but by blood ... actually Jewish, Danish, English, and Italian ... an American mutt, like Obama :) but you have a talent with word' Bum ... I could never dream up some of these fiction piece's that you write, and I oved the picture at the heading ... that ols boy look's laid back and loving life, eh?

Thanx for the read Bum ... enjoy the summer!

Vey funny, the picture makes one part of the story as well :)

your mind is a wild and wonderful place

Magnificent! This was a truly wonderful piece of escapist literature - er....unless the MIB issue is REAL!
(wait a minute - it was conspiracy theories last week, wasn't it?)

:-) well, whatever - certainly brightened up my morning waiting at the airport! Great story, as usual, BB !

The only thing funnier than the picture was the story.

bwahahaha! so this is what is produced by smoking pb cigareetes?

and may i say the picture is just as hilarious as the story.

I KNEW it was the Yuppies that put that microchip in me!

This was beyond wild. Love all the images (the picture says it all!). So many players--so many factions--so many layers, and they all fit together so perfectly. This was wonderful and the image of that iguana with his pb smokes is going to stay in my head for sure!

What a wonderfully imaginative story! You really excel at this wackiness thing! Nicely done.

Windsmoke: Damn things are dangerous, fell off one myself, bust my head wife open. The blood was either seriously gross or awesome.

Tag: This is sort of a sequel to a couple of stories, may go farther with it.

Sherry: That damn Weiner, he's a sick puppy. I'll send my buddy Avrum to take care of him.

Ranch: Thanks, and I felt like shit while writing most of it.

Vinod: That was a cool picture.

Cloudia: Its scary in my head but fun.

LOL - this story is all over the place... sometimes I wonder how some of your stories start in your mind. This one, in my opinion, probably was prompted by Miss Wiggles throwing a fit after you ran out of peanut butter. Or maybe the KFC takeout gave you heartburn.

Sue H and Glen and Lime: Thanks,from all our stories iguanas are just damn funny to begin with.

Evan: Know a few people that believe that microchip stuff.

Joyce: When I get going on stuff like this it can get scary.

Barbara: Thank you, Just the normal state of my mind.

Pixel: Wiggles is the inspiration of so many stories and most of the gray in what hair I have left.

you had me at Zombie Bob Dole :)

Thomas: You know, he maybe a zombie already.

Beach, there are so many damn good things in here, I'd be typing for the next month if I had to list them all. So I'll just say that I was completely and utterly entertained by this. And because there were so many good things in here, I know when I go back and read it again (and I most definitely will) I'll find even more. Great work here and thanks for taking me away for a little bit.

And thank you very much for the comments you made to my story. I alwas look forward to hearing from you.

Oh my.... I laughed the whole way through.... this is an AWESOME story, so well put together with all these layers... the imagery is fantastic!

A truly wonderful read!! I am behind on my F3 reading from last week... so glad I finally got to this one!