Looking At My Golden Years 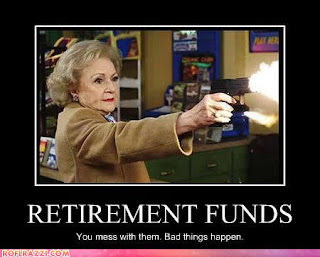 The full moon shining above lighted the way as Katie and Zane walked the narrow path through the woods that paralleled the length of their neighborhood on the way to the pool house. The only sounds beside their footsteps were of lonely crickets still singing for a mate and small animals skittering through the underbrush.

As they walk beside each other, Katie is clearly uncomfortable about sneaking out of her house so late and nervous about the dark woods around them and seeing this Zane puts his arm around her. “We will be at the pool in a minute babe and it will just be us.”

Katie rewards him for easing her fears by leaning her head over and kissing him. The kiss is short but from the moonlight reflecting off her eyes he sees her silent promise of what awaits once they get to the pool.

The young couple had known each other since elementary school having grown up in the same neighborhood and been a part of the same social circles. Still though, they had never been more than friends until the summer before college. Something always seemed to push them apart, namely Zane’s father who never thought much of Katie or her family for some reason that he would never really speak about. During their senior class trip to the Bahamas though, Zane and Katie, away from their families, began to see something special in each other.

However, college loomed before them so those feelings were set aside and as the years passed they keeping in touch through letters and the occasional phone call. Relationships with other people, some serious, flared and then died as the college years passed but the two rediscovered each other by chance after returning home.

Zane easily climbed over the old wrought iron fence surrounding the pool house as Katie slipped around to the fence door where he lets her through. The pool water sparkled in the moonlight with the two staring at each other longingly before falling into each other’s arms. Their kiss was passionate and long with the couple eager to fulfill years of pent up desire and dreams about each other. As the young couple entered the chilly waters of the pool the full moon whose light had provided a sort of comfort during their walk slide behind a large bank of clouds with a deeper darkness enveloping the two.

Their world becomes the feel of each other’s skin, the taste of each other’s lips, and the sound of words spoken they had only imagined. Feeling the security of the darkness wrap around them their bodies find each other and the world they know shrinks even further to one of primal lust and the joy that they had at last found each other.

Their moment passes, the fever subsides and Zane and Katie become children again swimming and playing in the pool while the passing clouds allow the silver moon to reappear. The returning moonlight illuminates the area allowing Zane to see a dark shape floating in the short segment of the L-shaped pool. Zane cannot completely tell what the shape is gently bobbing in the water is but he has an instinctive foreboding.

“Katie, get behind me and turn around.” Zane said as Katie is suddenly nervous and clasps her arms tightly around her naked breasts.

“Zane, you’re scaring me,” she says as he lets her go and edges closer to the dark shape floating in the water. Zane finally gets close enough to realize it is a man floating face down, the splayed arms and lack of any movement confirming in Zane’s mind that the person is long dead.

“Katie,” he said in as calm a voice he could manage, “I need you get out the water and call the police from the phone mounted on the wall next the pump house.”

As Zane heard Katie begin to wade through the pool back toward the other end he flipped the body to see whom it was. Staring back at him with lifeless eyes was Zane’s own father. The scream that came out of Zane was instinctive, hearing his pure and utter sorrow Katie turned and rushed back to the man she now knew she loved.

As the couple embraced naked in the water seeking only comfort from each other next Zane’s dead father, a figure emerged from the shadows.

“I really hated to kill Edward although he was always able to sense something of my true nature,” a male voice said stepping out into the moonlight. “But despite my efforts all through your life Katie I knew there was nothing I could do to stop Zane from eventually soiling you beyond any usefulness. You two were simply meant for each other”

Both Zane and Katie are shocked to see her father stepping out of the shadows. Even more disturbing was the manic look on his face and the almost lyrical tone to his voice as if he could start singing at any minute. Knowing something was very wrong they held each other closer feeling a growing danger.

“My backers had such plans for you Katie my darling; it really is a shame that you are lost to us now. However, with a little more work on my part either one of your younger sisters will do nicely.” With that, Katie’s father throws the electrical disconnect hanging on the wall beside him that ran to the underwater pool lights. As the lever falls completing the circuit both Zane and Katie saw the broken lights and exposed wires under the water.

As the current raced through the pool and through Zane and Katie’s bodies they sink into the water still holding each other. Katie’s last thoughts before the final darkness engulfed her were terror filled as she saw her father step back into the shadows with his eyes seemingly glowing red.

The next day as police arrive after the discovery of the bodies everyone saw how distraught Katie’s father was at the sight of his lifeless daughter. Without any effort on his part the general census of the authorities present was that Zane’s father had discovered the lovers in the pool and in a fit of mindless rage thrown the switch since it was well know he had issues with his son seeing the girl.

“You two are all I have now.” Katie’s father says as friends lead him away from the pool with his two younger daughters by his side.