Plundering Around in my Subconscious 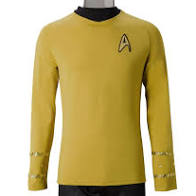 Probably best to start this rambling mess of words with a friendly disclaimer.

Just like one of the characters in the movie Inception stated, dreams, at least for me, have no real beginning. The way I remember my dreams is like waking up in the middle of a movie that has been going on for some significant period. I know something in the form of a plot is going on but I have no idea what caused the “characters” to behave the way they do.

Dreams are just the unconscious human mind sorting through the bits and pieces of conscious reality and stringing them together. If someone has a dream about their Aunt Sally winning the lotto and that actually happens at some point in the future that was pure chance. For me, deja vu could well just be random pieces of memory that dropped into a dream with that individual experiencing it accidentally repeating those actions in a similar location.

I do believe dreams are elements of a person's psyche and can be related to their fears, hopes, and how they view themselves. Which in my case could mean I'm losing what little piece of my mind that works

With all that out of the way, I had a wild dream recently that I want to relate because it was so weird.

It began with me among an unknown group that I couldn't see nor really hear. All I knew was that they were pissed at me for some reason. I have no idea why they were upset but I understood, at least I think I do, that it involved me personally.

Typical dream stuff that didn't have any real basis in how others see me. Over the next several days, I began to theorize it was just my subconscious playing with my deepest fears. Nothing too awful weird, and given the times we live with economic uncertainty a normal component of life, probably typical.

It was the final segment of the dream that was really different. Don't ask me how I knew the following but I after left behind the unknown group I “bumped” into God.

Now get this, in the dream God was a short, fat white guy. Sort of like Danny Devito, Buddha, and the Boss Hog character from the Dukes of Hazard television show back in the early 1980s. And yes, he was smiling and giving off this feeling of love and warmth that was quite weird for a dream.

Now the really weird part begins, God was wearing a mustard gold Starfleet Command uniform from the original series complete with the flying delta symbol on the upper left of the blouse. My one distinct memory of the dream was being utterly surprised to see God wearing such a costume.

The dream ended right there, or at least that's all I remember. All things considered it was pretty cool and left me with a good feeling for most of that day. Now clearly understand this, I DID NOT have a personal one-on-one encounter with the Almighty. Technically, it's still best to classify me as an agnostic, although I freely say humans don't know as much about the universe nor reality as they think they do. It just takes real, verifiable evidence to prove things exist that would be classified as metaphysical.

Like one character in Star Trek: The Motion Picture stated near the end of the film: “We all create God in our image.” I guess my subconscious wanted to relieve the collected societal pressures in my head and constructed a God I could relate to in the best possible way. What's weird was that my subconscious put God in an Original Series uniform. I relate far more with Star Trek: The Next Generation and I could easily see Sir Patrick Stewart playing God in a movie.

But I can deal with a Danny Devito, Buddha, Boss Hog combination making up a friendly God. Yeah, all that stuff in my head is a mess. Speaking hypothetically, it would be beyond cool if God was a Trekkie.

I don't see how God ISN'T a trekkie - I mean really, why wouldn't God love Star Trek? I do quibble a little with the gender/ethnicity - God is a short fat mixed race woman. Oh wait - did I just describe God from The Stand?

My husband and I are in the midst of watching all the Star Trek episodes, in a row, from first to most recent... we're just about to hit season 3 of Star Trek: Enterprise. I am enjoying it immensely, although at the beginning of this journey I stated "I'm not a sci-fi fan." I guess I can no longer say this. I love it!

That aside, I wanted to ask you if you know what's happened to Joan Perry, who wrote "Charleston Daily Photo" blog. Your blog is listed on her site, so I hoped maybe you were in touch with her? I have followed her blog for so many years, and I am worried about her. Have you heard anything from her, or do you know why she stopped blogging?

Come on over to my blog and wander around if you've a mind to - it's no weirder than your dreams... at least, not much - ha!

You were right about Joan Perry and Facebook - she is there! Can't find any mention why she quit her blog, but... ah well, all good things must end or get postponed, eh? Glad to meet you as a result, though!

Ryland Grace--I had to take a second look, it's way too close to my Jr. High, Roland Grace. Good book review. If I wasn't about to be crushed by my TBR pile, it's add it.