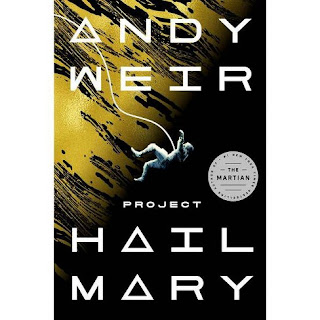 It goes without saying the movie version of The Martian was a brilliant piece of hard science fiction. I was literally in awe of the actors performance, the real science involved in the story, along with the basic concept of a lone individual marooned on a planet. Because I enjoyed the movie so much I naturally bought the Andy Weir novel which I found surpassed the movie. It was true “hard science fiction” in the sense that there was no magic gadgets that defy known physics used to save the day. Everything in the movie and novel is technologically possible.

Even growing potatoes in martian soil, the only show stopper being the weird type of salt in the martian regolith that Mr. Weir didn't know about when he was writing the book. Called perchlorates, this type of salt would make growing plants in Martian soil difficult, to say the least. But this doesn't derail the use of martian soil as material for growing Earth plants. Such salts could easily be washed out of the soil as it's put into greenhouses.

So when I learned of the basic plot of his latest novel, Project Hail Mary, I was like a kid waiting for Santa on Christmas Eve. I ordered the book off Amazon and had a fit when the United States Postal Service failed to deliver it in the required two days. But it did arrive and I have to go ahead and say Project Hail Mary is one of the best science fiction books I have read in my life. Now, understand it's the best science fiction books I've read, but it's not HARD science fiction.

The book opens in more or less in the present day with a probe being sent to Venus and discovering an alien single-cell lifeform reproducing uncontrollably around the sun. Yes, its definitely growing around the sun and causing significant dimming that will plunge the entire Earth into an ice age in thirty years.

This of course sends all rational countries into terror because while the sun will not be extinguished the percentage of dimming will cause massive crop failures resulting in billions dying around the world. Needless to say an ecological collapse will also result in a mass extinction event as well for most plants and animals. So it's the end of the world and no amount of climate denial and anti-science rhetoric will stop the advanced rational nations from a crazy project to try and save it.

Enter the main character Ryland Grace PhD, a humble junior-high school biology teacher who was forced to leave advanced molecular biology research because he wrote a controversial paper proposing that life could exist without using water.

The almighty overlord of project Hail Mary, Eva Stratt picks Grace to study the samples of the lifeform being brought back to Earth. Mainly because everyone was assuming that since the organism was growing on the sun that it couldn't possibly contain water. But also because of the fact that Stratt wanted a competent, but highly replaceable, scientist to look at the organism first. In other words if the organism killed Grace while he was poking it with a stick there was essentially no loss to humanity.

Well Ryland Grace makes significant breakthroughs in classifying the organism he names “Astrophage.” It uses the carbon dioxide from the atmosphere of Venus to reproduce then emits huge quantities of light energy to get back to the sun to hang out. Astrophage's ability to emit light as a form of propulsion is discovered by other scientists and they begin figuring out a way to build a sub-light starship using it as fuel.

Why build a starship when Earth is about to become a global icebox? Because every astronomer in the world is looking for the origin of Astrophage and they discover all the local stars in our stellar neighborhood are dimming the same way. The conclusion, Astrophage has infected them all except one, Tau Ceti, a star a little under twelve lightyears away.

Project Hail Mary is an attempt to build a Astrophage-powered starship to reach Tau Ceti and hopefully find out why the single-cell assholes aren't causing it to dim. Dr. Ryland Grace end up on the three person crew of the Hail Mary, who are put into a medically-induced coma for the four-year journey to Ta Ceti. Four year journey, when you said Tau Ceti is twelve lightyears away????

Relativity my friends, old Albert Einstein isn't a character in the book but his ideas about traveling close to the speed of light means our intrepid crew will only experience four years of travel time. Why put them in a medically-induced coma? Because the Hail Mary isn't the spacious Starship Enterprise, the three-person crew would go insane living in such a small container. Plus it saves on the use of food and life support during the voyage. Of course while the crew will only “experience” four years, time dilation means those left on Earth will experience more and with only a total of thirty years left before Earth goes full dead block of ice the possibility of success is remote.

Oh yeah, the crew on the Hail Mary are all on a suicide mission. To save Earth they have to reach Tau Ceti discover why that star isn't dimming. If they find a solution they will launch four small probes back to Earth that will carry the information on how to solve the problem. After that all three have ways to painlessly end their own lives.

It simply wasn't practical to build a starship with enough fuel for a return voyage to Earth.

Needless to say like any battle plan going to shit when opposing forces make actual contact, lots of crazy, scary, unplanned events happen to those aboard the Hail Mary. Small spoiler here but the star 40 Eridani, another in the local neighborhood that is also dimming plays a part in the novel.

Another curious thing about this is book is the seemingly lack of direct American involvement with the Hail Mary Project. That why I said all 'advanced rational nations' at the start of my review. Of course Ryland Grace is American but during the construction of the Hail Mary every major spacefaring nation including the multinational European Space Agency (ESA) seem to have far more involvement than NASA. One example, after the Hail Mary is built and in orbit around the Earth, it is astronauts of the ESA that crew the ship during during testing. The reason why Andy Weir wrote the story that way is unclear.

Personally, the first thought that came to my mind is that I could easily see the antiscience dumbasses here in the United States denying that any problem with Astrophage and the sun existed. I could easily see dozens of right-wing religious extremists and libertarians saying Astrophage was all an evil globalist plot to undermine the United States. Those same individuals say the same thing about climate change, pollution, and numerous other real issues the world and our nation faces.

During the book I began to feel for the character of Ryland Grace and his situation as he attempts to save Earth. His situation gets extremely dire several times with only luck and pure intelligence saving the day. Grace is a true hero but he's no Captain Kirk nor Picard by any means. He has a serious flaws and they are exposed during the course of the novel. But I also felt his excitement as he made numerous discoveries trying to get to the ultimate goal. The fictional Ryland Grace is a twenty-first century man who truly got to voyage, “where no one has gone before.”

I just finished listening to the audio book and I HIGHLY recommend it - if only to hear how they handle Rocky's speak pattern. Very cool. My brother LOVED this book too - he's a long haul trucker & listened to it twice in a row. He was annoyed about how long it took me to get through it, but when your commute is only 45 minutes a day it takes a while!

I've got some other books to get through & then I'll probably listen to it again.

Good SF reads like Asimov I can speak about, his three robot laws which were rigorous and logical and all that but then I'd switch over to Star Trek and have a good laugh. I realize time-travel or sending messages through time only qualifies as a god out of the machine gimmick - deus ex-machina device. Still the Martian is fascinating and stacked Red Mars I must find out now.

Sounds great. I have not read Weir's books, though perhaps I should.

The Bug: I definitely read it again. My one disappointment was not having Eva Stratt reappear again learning the Beetles had returned with a solution.

SpacerGuy: Give Hail Mary a try, it's great.