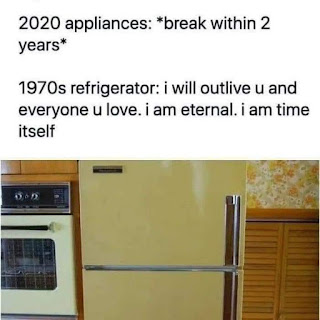 It goes without saying that the selling and/or the purchase of a house is a time-consuming and exhausting endeavor. For my wife and I back in 2000 we were lucky enough to be the exception to the first half of that rule. However the purchase of our new home was not smooth and seamless. To put it bluntly, it was a huge cluster fuck unparalleled in scope and repercussions. We spent years cleaning up the mess and dealing with the items the previous owners left behind.

Boiling everything down to the basics my spouse and I were in the closing stages of adopting our daughter from China. One of the requirements to satisfy the adoption agency was that the baby had to have a room to itself. Our first home had three bedrooms, enough for us, one for our son, and one for the baby. But my wife felt we needed a fourth bedroom for family and friends who would visit.

So we painted and repaired our old house until it just about shined. Then we went about looking for a new house that had the right number of bedrooms and met my wife's other personal requirements like location, good school district, and distance from her work. The housing market at that time was on the side of the sellers and we immediately ran into some issues. Things got worse when the first family that looked at our home made and offer and we accepted. The clock began ticking for us to find a suitable replacement and get out before the deadline. We had less than two weeks left before we found a house that while meeting all the requirements had several issues.

Namely that the family selling the house we wanted to buy wasn't ready to move. Their replacement house they were building was livable but they wanted more time. It's been over twenty-years now and all I remember was that as far as they were concerned they wanted all the bells and whistles in their new home fully installed and connected. They wanted at least another two weeks before surrendering the house.

That was a no-go for us because the adoption agency had to evaluate our new residence and then send confirmation to the Chinese governmental agency so the adoption could go forward. If we weren't in the new house by the time of the evaluation we could lose the little girl picked for us who was still in a Chinese orphanage.

So the selling family blinked and moved out before their new place met their standards. It was either get out or we would have rescinded the offer leaving them with two mortgage payments. As a Plan B my wife and I had talked about looking at apartments and just staying there until the adoption was over where we would then have a new house built.

The old owners were not happy with the situation and in typical Lexington county passive-aggressive behavior they moved out leaving the house trashed. As we moved in my wife and I were shocked to see dozens of holes in the walls in every room that had been cleverly hid by the selling family. Most were from pictures but no attempt was made to repair any of them. During this bullshit the house inspector somehow didn't warn us about a multitude of issues that the sellers were supposed to fix. Off the top of my head the report that asshole gave us didn't mention a word about the broken burner on the stove; the interior doors that weren't square with the frames; and most of all the stains on the kitchen floor.

I honestly believe the selling family slipped the house inspector money to overlook these issues. I mentioned as much to a few of our new neighbors and I'm sure my suspicions were relayed to the selling family. I have another suspicion that the selling family was friends with many of those people and my accusations colored my relationship with those living around me.

But in true passive-aggressive style it was the refrigerator they conveniently forgot to load up that still makes me harbor ill feelings about those assholes.

Adding icing to the already difficult cake of moving I had National Guard duty on the weekend we took up residence in the new house. And for reasons I never understood both the CO of my unit and the First Sergeant refused to cut me some slack and allow me to slip out to help with the move.

By the time I arrived home late in the afternoon the majority of the moving was finished. My wife and in-laws were still dealing with the shock of the condition of the house. I, in turn was flaming pissed and wanted to kick some ass. Especially when I opened the doors of the refrigerator they left behind.

My dad-in-law knew something about kitchen appliances and guessed that it had to have been twenty-years old back in 2000. While still functioning properly the inside had obvious wear, to the point rust was showing through on some exposed metal parts. Shelves were bent and glass panels cracked making it look like a real backhanded insult to us demanding they move before they were ready.

But most worrisome was the brown sticky stuff at the bottom. Partially covered by the crisper section for vegetables, it looked like a Coke or Pepsi had leaked and they never cleaned it up. I wanted to move that refrigerator out the garage and bring in ours from the old house but by that time my wife was on the verge of a nervous breakdown while my in-laws compassion and love of family were exhausted.

So we assembled beds to sleep, the in-laws went home, and we order pizza from what I was now calling a glorified redneck trailer. Later that night as I lay in bed and fumed we then discovered the marooned refrigerator made some of the god-awful noises. The sounds it produced were like a combination of it about exploded and a plea to end its miserable existence.

Weeks rolled into months and we slowly made our new suburban trash heap a home. That included taking all the insides of the refrigerator out and cleaning them. And yes, I personally cleaned out the brown sticky stuff at the bottom.

The trouble was that a week or two later I noticed the brown sticky stuff had reappeared at the bottom and it was growing. I think the brown stuff reappeared after each cleaning for about a year. It never entirely went away but we learned to live with what little bit we couldn't kill off.

The adoption moved forward and the years came and went but we never pulled the trigger on getting rid of that nightmare refrigerator. We talked about it many times but with a new baby and other issues the fact that it still kept food and drinks cold always prevented us from really doing anything. I even learned to take comfort at night with its strange sounds.

That refrigerator lasted another fourteen years before it had its version of a stroke and died. So if my late dad-in-law was correct, and the old bastard was smart, that refrigerator lasted north of thirty-five years. Here's the real kick in the ass, its replacement died in less than five due to a lightning strike. And its replacement, an expensive Samsung with all the bells and whistles lasted two years before the ice maker on it utterly quit.

We called in the company-approved technician and he isolated the problem to the touch screen controller or the water filter assembly that had its own little micro-controller. He couldn't isolate the issue to a single cause and to fix both electronic components would cost over five-hundred dollars.

We instead bought six plastic ice trays for fifty-cents each from the Dollar Store and called it a day.

I still believe the selling family left the old refrigerator here as a form of insult. A small dig at the ungrateful family that wouldn't give them enough time to move out on their timetable. But I'll be damned as much as anyone can think fondly on a kitchen appliance that bad boy was tough.

The fridge turning into a family story Shouldn't happen but amazing how long it survived
You've had some challenges in life. Great that you've adopted a little gils from China. I knew as I have read your post (occasionally) for a very long time.
Hope when the Corona nightmare is over you treat yourself to a trip to NZ one day. You deserve it and we are happy to host you and tell you about all the exciting spots

When I first moved out, I had the fridge my parents had when they set up housekeeping--years later, when I last saw it, it was still running (only one had to defrost it manually).

The fridge we bought for our Ohio house made a lot of racket (and it didn't even have an ice maker). And just like you, we got used to the racket & took comfort that we knew it was still working. We gave it to our neighbors when we left - I'm sure they're still using it.

Appliances. Don't get me started. Oh yeah, you already did. I hate fuckin appliances. Especially ones made since 2000. Junk, expensive junk. Other than that, its been awhile since I stopped by. Great to see you still at it. I have become a slacker and reprobate regarding the Blog world. The need to write more than Facebook leadins is what keeps me showing up on Blogger. Be well.

Marja: Corona is fading here and everyone in my family is vaccinated. And as of right now my wife and I are scheduled to visit Scotland the summer of 2022.

I'm still working on a trip to New Zealand. But honestly, if I do make it down there your government might have a hard time sending me home.

Jeff: My grandparents fridge was the same way, it seemed indestructible.

The Bug: I sort of miss the weird sounds from that refrigerator. Yes, it was a comfort.

MRMacrum: Yeah, I'm still at it although I only seem to have the energy to do this on the weekend. Great to hear from you!

Ugh! So sorry. We've been in our house 16 years and we're still dealing with the sins of the previous owners. It sucks.