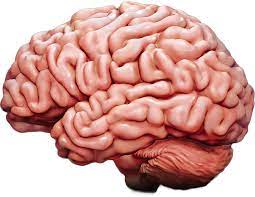 Late Saturday and early Sunday are the best times for me to write. That is until we have a bit of an emergency here at the house like we did last Sunday morning. Long story short, neither my wife nor I had heard from our daughter up in Clemson since last Thursday. Being out of contact with our daughter for a couple of days is no big deal, she's busy studying or doing other college stuff. But by Sunday morning with no answer from our texts and our calls being sent straight to voice mail we were getting worried, if not scared.

No worries, my wife and I found out while we were on the way up to Clemson that our daughter had lost her cell phone that Thursday. We learned this after the on-call person at the dorm went to her room and knocked on the door two different times. After knocking at the door for the second time our daughter finally woke up to explain the situation with her phone and that her friends only talk to their parents like “once every week or so.”

Since we were already speeding up to Clemson, my wife, the custodian and master of the family cell phones, did what needed to be done to get her a replacement. So the really great story I started writing Saturday afternoon died a slow death of forgotten ideas and plot points. So instead here's some random brain droppings to make up for it.

Several days ago I caught a McDonalds commercial on the radio as I was driving home. This commercial was geared towards African-Americans the way McDonalds often does with hip hop music in the background and voice actors with noticeable accents so you understand they don't come from some upper middle class white neighborhood.

The narrator of the commercial went on to say in a happy and jovial voice something about how when you're driving from your second job to your side hustle you need something quick and good to eat. That you need to be in and out quick so you can have a few minutes to relax.

First of all having a second job means you have a first job that takes up a good part of your day. I know LOTS of people that have second jobs because their first job doesn't pay enough to make ends meet. These honest and hardworking folks don't work that second job because it's fun or they need something to take up all their free time. For one of the two-job working people I know a vacation to her is having an entire Saturday and Sunday at home being left alone.

Rich and well off folks really need to develop some sort of empathy because at some point the overworked and underpaid masses are going to lose their patience and come after them.

Directly related to first dropping, I've heard numerous employers bitching on the business channels that they can't get anyone to apply for the jobs they offer. That many of these jobless folks would rather just sit at home and draw unemployment.

Finally a few people are replying to these asshole captains of industry that they need to pay enough where a person would make more working for them than sitting home on unemployment.

Jim Caviezel is a superbly talented actor who has been in numerous hit movies and successful television series. He is also a conservative Christian who has been vocal about how his beliefs don't mix with the majority of people in Hollywood.

I can respect his views and actually understand to a certain point. I'm an extreme liberal bordering on Sanders/AOC progressive living in a heavily red state. I have to daily keep my mouth shut and do my best to live among people who I consider borderline fascists. It sucks hind tit but, as far as I am concerned, there is no point to whine about it.

What I'm saying is that I never cared what political or religious views Caviezel held. He's a great actor and I would readily watch anything he might appear. That is until now, to put it bluntly the dude has lost all his marbles.

Caviezel recently appeared at a conspiracy convention and told folks that he not only believes crazy shit about vaccines and the Covid Pandemic, but goes even further out into crazy land. He believes babies are being kidnapped and tortured to death so the “Elites” can harvest some sort of compound from their innocent blood.

For a long time I've wanted to write something meaningful about George Floyd and all the other victims of police violence but I find myself unable. There is no outrage I could write that better, more articulate people haven't already put to a page. There is no other way to say it but that African-Americans are being hunted in this country, both by racist civilians and especially by cops who can somehow peacefully apprehend gun-totting white folks but shoot black people on sight.

Back in 2015 a piece of South Carolina shit by the name of Dylann Roof walked into the Emanuel African Methodist Church in Charleston and killed nine people in cold blood. A virulent racist, he wanted to start a race war here in the United States. I'll be damned but there seems to be a lot of people like him doing their to make such a war happen.

Side note, after being arrested shit bird Dylann Roof whined about being hungry and the cops taking him back to South Carolina pulled into a Burger King and bought him a Whopper. Motherfucker kills nine people and gets feed. George Floyd just passed a fake twenty-dollar bill and got a knee on his neck for over nine minutes.

Email ThisBlogThis!Share to TwitterShare to FacebookShare to Pinterest
Labels: fools, signs of the times, Social Commentary, Social Criticism, We Are Screwed, WTF!

Glad your daughter is okay--I know that kind of panic.

As for writing about George Floyd and so many others, it is amazing how many more situations there are. It will soon be that no one who we'd want being a cop would want to be one, and that's scary. But every day, there seems to be another situation.

Teenagers can be assholes sometimes - didn't even occur to her that you would be worried & that she should at least let you know she'd lost her phone? (Please bear in mind that I was also that asshole teenager - it would have been a miracle to even think about my parents while I was in college - ha!).

I agree with all your points, especially that last one. Are enough of us "woke" to make a difference? I would pray so, but I'm cynical.

Oh how terrifying for a parent to not hear from your child. What a relieve to find out they are just being a teenager :)
Also terrifying that racism is so much alive these days. Will people never learn.