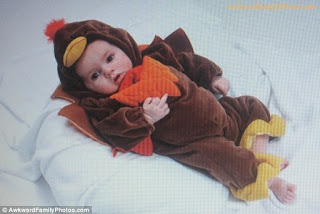 Since I entered the dubious realm of what is called adulthood, and by that I mean having to work along with taking up the duties of being a parent, Thanksgiving became my favorite holiday. All jokes aside about families eager to come together and celebrate the bonds of kinship, Christmas starts losing its meaning once the great lie that is Santa is revealed to the wiser young ones. And by wiser, I mean those kids who had probably already knew the deal but kept their mouths shut since they didn’t want to endanger the Golden Goose of mom and dad desperate to keep them happy.

Even those short years afterwards, while the now enlightened children still have enough innocence that the average adult can tolerate their presence, Christmas becomes increasingly problematic. The true symbols of the season like the insanity of Black Friday shopping and the time consuming preparation involved in decorating and travel make it something to dread like going to the DMV or a prostate exam. Do not hate me and do not send any hate mail, you know I am telling truth. In all honestly, we all have relatives we literally cringed at the thought of spending time with during Christmas and this says nothing about the bottled up resentment at having to spend money for presents on those assorted fools.

For a great many people besides me, Thanksgiving has become the one refuge of sanity situated between the bastardized Halloween, whose only purpose is to support the Chocolate/Sugar Industrial Complex and the insanity that is hyper-capitalistic Christmas. Sure, you are liable to see those very same relatives that you secretly hope were adopted because you hate the idea that your own kids might share any genetic material with them. But at least the tension is reduced after dinner because everyone just wants to stumble into the living room and sleep as they process all that hormone-laden turkey bubbling away inside their digestive tracts.

At my house Thanksgiving has become so laid back that it actually irritates my wife that the kids and I have seriously recommended we just buy one of those gigantic frozen pizzas and serve that up for dinner. My wife, raised in a true Ozzy and Harriet suburban environment, is almost programmed like a robot to perform certain functions when it comes to the holidays. Among them, are the very duties I’ve been bitching about like searching for that perfect gift for our kids and her nieces, along with whatever she discovers for herself along the way.

But does that mean daddy can run off to the sporting goods store and buy him that five hundred dollar kayak? Only if he wants to include the two hundred dollar tent attachment, and then proceed to make it his permanent residence. No, dad has to be happy with his new underwear and socks and if he is lucky, just maybe mom might be nice to him once the kids have gone to sleep. Whatever the case, Thanksgiving is the one holiday that allows me to relax and enjoy the company of my family without having to put up with a lot of crap. Well, this year turned out to be a little different.

This sad tale actually began two months ago when my wife embarked on a home renovation obsession that is even now still gathering steam. We’ve had a contractor rebuilding the room over the garage since the middle of October with completion scheduled around the middle of December. All jokes aside, the room very much needed rebuilding and the contractor’s work is literally fantastic. In the coming weeks though,  different contractors will replace the stove, the kitchen counter tops, and redo the cabinets all through the house. Not only that, the carpet all through the house is being replaced and we will probably have the person fixing the fence damaged from the recent hurricane also replace the worn planks on our backyard deck.

This does not mean I sitting back and sipping a sophisticated mixed drink watching the guys do their Bob Villa impersonations. No, my wife has a whole list of tasks for me that while time consuming aren’t that hard. I actually got the first one done last Wednesday and it was painting the master bedroom.

One problem though, while I noticed that the new paint color was almost identical to the old, once the room was finished I frankly couldn’t tell the difference. In one way that was good since that meant I didn’t spend several more hours going over spots where the old color bled through. On the bad side, once my wife inspected the newly painted room the look on her face suggested she just might come home with another couple of gallons of a color that will stand out more. Which means my happy ass will be doing it all over again.

While Thursday was a true day of rest, for reasons I can’t explain my wife talked me into going shopping Friday morning. The two places she wanted to hit were the local Best Buy and the nearby Target. At first, my intention was just to sit in the car as she and my daughter navigated the belated hordes inside those temples of cheap imported goods. But when my wife vaguely suggested that we might buy another, bigger television as she headed for Best Buy I decided to accompany her inside since she has a bad habit of buying beat up display models because, “they are great deals.” On a previous trip to another one of those types of stores, she bought a surround sound system that had been used as a display model for over a year.

When the clerks packaged it up, they couldn’t find the instructions so they went online and printed them out. A nice gesture, but after my wife brought it home I spent several hours following those instructions trying to get it to work. At some point I finally discovered the clerks had given us the printout for a completely different model totally incompatible with the junk that by then was scattered all over the living room floor.

However, at least I ran enough interference Friday to prevent a similar occurrence. Once that was done, I snaked my way through the crowds and retreated to the car like a beaten dog. I did have enough foresight to bring a book to read in the car and enough sense not to go with my wife and daughter into Target, which looked even more crowded and insane than Best Buy.

Unfortunately, I repeated my mistake the next day. Saturday being the day before my birthday, we all went out to eat a nice lunch. Curiously enough, the local Home Depot is about two-hundred yards away from my favorite Chinese restaurant and after we were all nicely satisfied, my wife decided she absolutely had to go look at carpet. I’ll just say that while I usually enjoy walking around hardware stores looking at all the cool stuff, those next three hours were tough to endure. I will say this, the Home Depot lady in charge of carpet earned every cent of her pay those long grueling hours.

My wife and daughter are going to London, England sometime in 2017, the exact date is still up in the air but one is thing for certain is that I will not be traveling with them. The cost for just two people is outrageous and besides some fool has to man the fort and keep our two dogs from peeing all over that new carpet. Long story short, other than a few short and cheap wife-approved trips, I’m not going to get a real vacation in 2017.

However, given the soul crushing and time consuming nature of all these home renovation projects, I must admit I am reconsidering my threat to whip out my own credit card and purchase a trip to someplace in the Caribbean with my departure date the day my wife and daughter return from London. My general idea is to call the house as I sit my happy ass on the other side of the airport TSA line and tell my lovely spouse I will bring her home a souvenir from whatever warm, sunny beach I find myself visiting. Yeah, I’m going with the "it’s better to act then ask for forgiveness than wait for permission that will never comes" route. Whatever happens when Thanksgiving 2017 comes we should all have some wild stories to tell. Hell, maybe my lovely spouse will even agree to pizza next year.
Posted by Beach Bum at 8:41:00 AM

This reminds me of the great dishwasher deal my wife found at Lowes this summer... If I had written about the details of the trials and tribulation of getting that dishwasher installed, I probably wouldn't be living right now.

Your schedule sounds exhausting. You're fortunate to have people making those demands of you and your time, though. Being utterly alone is not all it's cracked up to be.

Sorry you had such a frustrating weekend. I agree, you deserve a week in the Caribbean as a Christmas present. And the kayak for your birthday.

Thanksgiving is my second-favorite holiday - no gifts, no greeting cards, no pressure. It's all about the food, and I do enjoy cooking it. The only family around is our youngest son, so it's quiet. No pesky relatives.

I've always managed to ignore the commercial frenzy of Christmas and to enjoy the same happy wonder and excitement of Christmastime that I felt as a kid. So Christmas is still my favorite holiday.

And please tell me I understood this wrong... the stuff about redoing the kitchen. You're not attempting to do this before Christmas, are you? Because if you attempt that, you'll probably be googling "how to cook Christmas dinner on a hotplate" in a few weeks.

Sage: Yeah, I think I know where you're going on the dishwasher. In fact given my wife's need for perfection I insist that an major appliance be delivered and setup by the professionals. That way I avoid any possible screw ups. The best example is the garbage disposal I installed several years ago. I bought the thing, but not all the secondary stuff like plumbers putty and the new plastic connectors since the new disposal was a different size. Long story short, I ended up making several more runs to Lowes to get the stuff I needed to complete the mission.

Nasreen: My schedule is a true pain. But it allows me to avoid the worst aspects of dealing with my coworkers.

Pixel: Oh no, the kitchen will not be done until the last of January. Actually the counter top guy has cashed my wife's check but not yet put our house on his schedule. I don't think that guy understands my wife is an attorney.