The Race Against Extinction 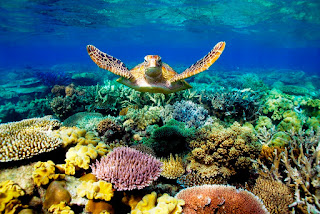 “It is a curious situation that the sea, from which life first arose should now be threatened by the activities of one form of that life. But the sea, though changed in a sinister way, will continue to exist; the threat is rather to life itself.”
Rachel Carson

While some people around this poor misbegotten planet, mostly stupid Americans, still want to debate the facts about human-induced climate change, there are a few groups trying to limit the overall damage our species is causing. One group at the Australian Institute of Marine Science are using the National Sea Simulator to manually breed enhanced corals that can survive in an ocean damaged by the effects of climate change.

Their chief worry is the destruction of the Great Barrier Reef located just off the northeast coast of Queensland, for the geographically impaired that is one of the states of making up the Commonwealth of Australia. The Great Barrier Reef is quite frankly the largest living thing on Earth. It stretches 2300 kilometers long and is made up of thousands of reefs and hundreds of islands made up of over 600 types of hard and soft coral. The number of species that are connected to that ecosystem is probably incalculable ranging from various jellyfish and other mollusks to cephalopods, along with all manner of sharks, and marine mammals. 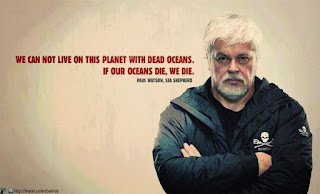 Despite it obvious importance to the health of the planet over the last twenty-seven years half of the coral cover has died from various reasons with climate change being one of the chief factors in its destruction. However over the next five years the scientists working at the National Sea Simulator are going breed corals that can withstand the stress caused by warmer temperatures and increased oceanic acidity.

Using several of the thirty-three tanks at the facility they will alter the salinity, temperature, and pH in the water to see which of the coral test subjects can adapt to the changing environment. A few of the tanks will even be setup to simulate the oceanic conditions we will almost certainly face at the end of the twenty-first century. The specimens most tolerate the worsening conditions will then be crossbreed with others down the years to further strength them, a process called “Assisted Evolution.”

It goes without saying that some are troubled with the idea of breeding “supercorals” that just might overrun the unaltered native species. Yeah, there are plenty of examples of humans, with the best intentions, totally screwing things up beyond all recognition. But the fact remains that climate change will more than likely wipe out the vast majority of the world's coral reefs, even if our species magically woke up tomorrow morning and ended all use of fossil fuels. Not only has the proverbial bus left the freaking station but the bridges of commonsense have been long burned.

Not to sound alarmist, but realizing that is how this will come off, those fighting to mitigated climate change are now just trying to prevent a global holocaust with the human species a possible victim of its own shortsightedness. So I have no trouble with a few decent people trying to save one of the living wonders of the planet. This is now not just a race against reef extinction but of Homo sapiens as well.

At 135,000 square miles, the Great Barrier Reef reigns as the world's largest living structure. Located off the northeastern coast of Australia, it houses more than 600 species of coral and thousands of other types of marine animals, too. Yet the reef's future looks bleak. In the 27 years from 1985 to 2012, half of its coral cover vanished. A significant proportion of the loss is attributable to climate change, which has strengthened destructive tropical cyclones and made surrounding waters warmer and more acidic. Conservation efforts alone, including protected zones and water-quality improvements, will not do the job. To further combat coral loss, marine biologists at a new research facility in Australia, called the National Sea Simulator (above), have devised a more radical approach: they are manually breeding supercorals capable of living in the increasingly inhospitable sea.
Posted by Beach Bum at 5:31:00 PM

Hm...interesting. I started out thinking "GMOs!" then went to "rapid-fire evolution" (before I read your "assisted evolution" wording) and then to, "We really don't have any choice."

I didn't know this was going on. At least some of us still care about trying to save this planet.

I am always surprised -- and I am frequently surprised-- when humans attempt to change the course of nature. I guess it keeps the PHD's and grant winners off of the streets but I am not sure their efforts are effective in the long run. Earth is how old? Several million years I think. During this time many changes took place, big animals died off and were not replaced,
and a new balance achieved. Earth will out; maybe not the way we want but it will win out in some form or other. So, Let it be . . .

I found your post interesting and my mind is playing around with the idea of super coral growth could become the next sci-fi hit!