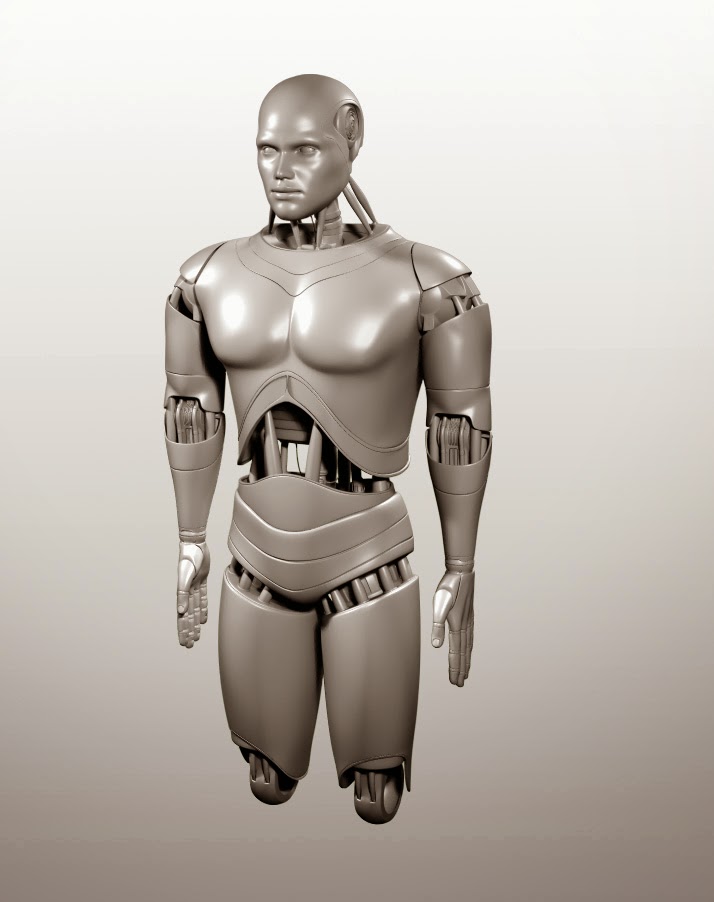 "The essence of being human is that one does not seek perfection, that one is sometimes willing to commit sins for the sake of loyalty, that one does not push asceticism to the point it makes friendly intercourse impossible, and that one is prepared in the end to be defeated and broken up by life, which is the inevitable price of fastening one's love on other human individuals."
George Orwell

“Explain to me once again,” Kyle Parker said betraying the notion he wasn't convinced, “how this android body will be me and not some copy.”

Elizabeth Perez, the chief scientist on the New Life team, sat across from Parker at her clean and retro-futuristic desk carefully preparing the words she was about to say. Over the years she had become less a true scientist and more of a salesperson and knew just how to handle the worried speculations of the ultra rich but terminally ill wanting desperately to cheat death.

“Mr. Parker, she said, “ the consciousness download procedure will have you directly connected to the positronic neural network in the android body while your human body is still fully aware. You will in essence be in two places at one time. Understand, while your two selves will be in the same room, we will have to administer a local anesthetic to prevent a cognitive feedback. But once the procedure begins you will slowly feel more sensory input coming from your android body than the human one. When that happens your human half, for the lack of a better word will simply go to sleep.”

“So this is completely different from the standard clone life insurance?” Parker asked referring to the practice of returning a loved one to their family by having that person cloned from stored cellular stock, put through an accelerated growth phase, then having a copy of the deceased consciousness downloaded into the clone's brain. Eliza Perez smiled as Parker mentioned the procedure having personally seen hundreds of families made whole when a loved one was returned.

“Like I said Mr. Parker, for most of this new procedure you will occupy two distinct bodies at one time. Only when the consciousness transfer is complete will your diseased human body be shut down.”

Parker nodded his head knowing he was beginning to irritate the scientists. “Dr. Perez,” he said, “please understand my ignorance and stupid questions, its just that I will be the first real patient. I know you've tested this procedure on prisoners but I will be the first to receive a true positronic brain and android body far more enhanced than the test subjects.”

“Oh yes Mr. Parker,” she said, “and I'll be honest with you. Because in a way you will be a bit of a test subject for us. For the first couple of months after the download your positronic brain and android senses will be restricted to human norms. As you become more settled, for the lack of a more descriptive word, in your new body the enhanced aspects will slowly come online. The computer projections suggest your ability to perceive and process information will be orders of magnitude greater that any Homo sapien that has ever lived, just think of what you could accomplish.”

Dr. Perez could clearly see Parker was clearly impressed but still scared. “Dr. Perez, I have two final questions. All bullshit aside, just how long will this android body last?

“We didn't lie Mr. Parker, with proper maintenance and the occasional upgrade at the minimum five-hundred years but there is the possibility you could be immortal.”

Parker struggled with that thought for several seconds, for him everything boiled down to the financial empire he had built since the death of his father. He was one of only ten people on Earth that could claim the title of trillionaire, his every waking moment until his was diagnosed with one of the new neurological diseases that in a few months would make a him a babbling idiot was how to expand his wealth and power. Just when he was about to give up New Life approached him about a possible way to cheat certain death.

“The second question Dr. Perez, is just what will be the legal status of my android self? You know better than anyone the life insurance clones have been around for fifteen years and while legally they are recognized as just a continuation of the deceased, they have yet to be fully accepted in society.”

That question was actually a tough one for Perez to handle. While it was true most family members were able to accept life insurance clones, some couldn't. Perez had talked to some who said that while a clone looked and sounded like their dead husband, wife, son, or daughter something deep down told them it wasn't. When this happened the clone almost always had to be removed and given a new identity. The android project had the prospect of making this situation exponentially worse on levels she and her team could not even begin to imagine.

“Mr. Parker,” Perez said, “the European Union just recently passed a law giving full personhood status to android downloads as has the Pan Asian Alliance. The United States is a bit of a problem, the American Christian Party has our counterpart bill held up in one of the congressional committees on science saying androids are an abomination to God and that anyone downloaded into such a machine is without a soul. The senior management of New Life is lobbying congress hard to get the bill to the president's desk.”

“So why should I even bother with this android project Dr. Perez?” Parker asked as a wave depression sweep over him.

“Why, Mr. Parker?” Perez said getting tired of his whining. “Because with all your wealth and power you are scared out of you mind of dying. And deep down even though you know a clone would have your every memory, attitude, and opinion you now possess the one thing that prevents you from going this normal route is that you feel a clone would in everything that counts be a completely different person. Don't feel too bad Mr. Parker, your egotistical and completely self-absorbed to the point of utter comic absurdity perspective is normal for you ultra rich types. So make a decision Mr. Parker, I have a dozen multibillionaires wanting to give me everything they own for a chance at an enhanced android body.”

Parker realized everything she said of him was true, especially since when his father had died he himself had stated in his last will and testament he didn't his body and mind clones for the same reason. No matter how routine a procedure Parker just didn't believe the clone that would take over his money and power would be same person as him, there was simply no other option. “Fine Dr. Perez,” he said, “lets do it as soon as possible.”

(Author's note--This series actually has a bit of plot I have thought out. Keeping segments short though since I tend to run off at the mouth. For those wondering about my other two series I am working on them.)
Posted by Ryland Grace at 10:25:00 AM

Now I'm curious which way you'll be taking this story!