Taking Advantage of the Situation 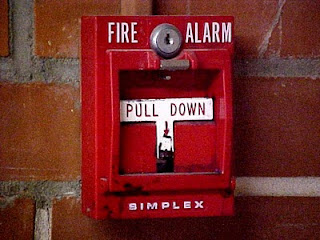 Heh, heh, heh, heh, heh ... that was an entertaining recount/ story at least ... actually quite refreshing considering the online news for the day! :)

I know damn well Guy ... I would have headed my hand's for those sandwiches too and soda's! :)

Hey man ... funny short story here ... Once I was a shipping/ receiving clerk with this other dude in downtown Houston year's back, small business, 2 man department. But we use to get stoned (pot) all day on the job. One day we went in the fridge, and the bosses bottled beer was looking good, his wife also worked in management, and bought him a 6 pack before getting off to take home, and put in the fridge. I decided to take it (he was a dickhead we didnt like anywayz as boss), it had them twist off cap's before they sealed them with wrapper's, brown bottle's. I poured out the beer for me and my co- worker in cup's, then refilled the bottle's with tap water and put the cap's back on then back in the carton. Of course he took his beer home, but we never heard nothing about it .. I just wondered what he might have thought when it tasted like water? Hell Guy ... we were only like 18 year's old ... and it was all in fun. :)

One more story Guy ... inspired by the opening here. Once we were at a buddies record release party in a downtown Dallas music venue that lasted until like 4am. After we went uptown to one of them all nighter restaraunte's the vocalist knew of, and he encouraged me into going to because of it's healthy food since many of the all nighter's are more greasy spoon joint's we went too. Anywayz ... I had no bloody idea it was a veggie joint! I was reading the menu and looked at him and said ..."Fuck Dude ... wassup with this? I want some meat burger Dude!" (Hell, I been drinking half the night and had real munchies)anywayz ... he coached me into trying one of the veggie burger's he said was excellent and I wouldnt believe it, etc. I sware ... it was the most awful damn burger I ever ate in my life! I still love my meat, I'm just an ole fashioned type feller when it come's to my grub.

BTW ... I just cooked up some breakfast ... they call Huevo Ranchero's (basically egg ranch in english) ... but I make scrambled egg's, with chopped pepper's, onion's and fixin's, then mix in some beef chorizo (Mexicano sausage) ... refry together, then put in some soft flour tortilla wrap's, with a handome amount of El Yucateco (salsa picante de chili habanero sauce, that is actually about 3X time's hotter than Tabasco, but very flavorful also) ... that's a traditional Texas (TexMex)breakfast ... like I said ... I am old fashioned on some thing's. :)

Tough decision for next time...

So that's where all our money goes! Providing expensive coffee, TV's, and lounge chairs for those damn surgeons!

Glad you finally got something to eat, but don't you ever bring something yummy from home?

Ranch Chimp: LOL!!! Never stole the bosses beer, that would have been a rip.

Yeah, I dig a good burger and can't really get into the fake stuff. That one the other night was seriously ugly. I love Huevo Ranchero's, I often order it at a local Mexican restaurant for lunch or dinner.

Teresa: Going straight for the doctor's lounge, Jake, the new guy on night shift likes to tell tall tales. Not that I have ever done anything like it myself.

Oh yeah, still working on that vampire story, it got derailed over a problem with the plot and I am having to redo some of it. Damn thing is close to being too long but I'm still going to post it.

Bibliophilia: Yeah, I could create an entire blog explaining all I have learned about why hospital costs are so high. Some is really stupid like the doctor's lounge and other can't be helped because of infection control and general safety.

PENolan: When I get off my lazy butt and make something. Often I make a sandwich, but just as often I sit around until the last minute and have to run out the door.

So, did you come home and comment, "Oh, just another boring day at work..."

Ok...so next time, head to the surgeon's lounge first, steal some goodies and THEN go to the 4th floor ladies shower to lure the naked nurses out of the shower with croissant sam'iches. It could work.

My sister-in-law got Mersa while she was in the hospital and this, of course, compounded the problems she had with healing from brain surgery for an aneurysm she suffered. So I'm all for the high cost of sanitation and to combat communicable diseases. However, I gotta draw the line at comfy recliners and fancy drinks for the surgeons.

Pixel: Crazy stuff just tends to follow me around, like an angel with a sick sense of humor and a tendency for practical jokes on the sorry ass mortal he/she is charged with looking after.

Like you said, I just tend to chalk it up as one of those things. As long as I make that Disney Cruise in January I'm just going to roll with the punches.

Chef: Jake and I spent most this night cruising the various floors checking out electrical rooms, surveying what oxygen ports in the ICU rooms that need replacing, and talking with the nurses. What's that line from Casablanca? "I think this is the beginning of beautiful friendship."

Got talking with one nurse and I'll be dammed but I'd go all commando and raid the lounge again for her. Just hope I'm smart enough to stay out of big trouble on that one.

Liberality: As you can easily figure I add some "color" to my stories but the surgeon's lounge was total fact.

One of the things that I learned about hospitals that personally freaked me out is the complex nature of air flow both in and out of the building. So much fresh air has to be drawn in a certain amount of time as well as old air being pushed out. Throw in the very expensive filters that have to be changed monthly and the bucks quickly add up.

I applaud your good foraging instincts. It shows initiative and adaptability. That was only cheap junk food to the medical aristocracy anyway. Welcome to the revolution!

This wouldn't have happened if your hospital had been privatized!

Dave: Hell, spent part of this shift staking the place out again. But dammit the doc's didn't leave so I couldn't make a raid. This is just fun now.

Randal: LOL!! Total truth my friend and if what they say about the devil being in the complicated details is the truth what you wrote is a pea-soup puking, head spinning Linda Blair. Oh, the stories that I will never force anyone to suffer through.

Will "take no prisoners" Hart said...

Turkey breast was an excellent choice, double b. Back when I was a meat-eater, I remember having this turkey breast grinder down in New Haven. It was enormous. It was so big in fact that I opened it up to take some of the meat off. And there it was, a dead fly smack dab in the middle. I still maintain that the color contrast (something that might not have afforded itself with that yucky/nasty burger of yours) provided by this particular cold-cut was critical in its detection.

That was a lot of fun. You are a tremendous story teller. The food sound like ours at work. You would have thought that at a independent school (massive fees) and a hospital they would take good care of the food. But eh! It's only for the workers.

hahaha
You are a great storyteller you know.Start writing books man.
I need a cheeseburger now :P

How is life in lexington ? All well bro...I will try to be regular :)
take care

Entertaining story Interesting what you can find in a surgeons lounge.

Will: The actual contents of what is in the "meat" of cafeteria-made burgers is a subject of serious debate. I'm ex-army and long use to questionable protein but the one thing I left out in the post is that the hospital take special care of the food brought to the doctor's. We are talking high class cold cuts and over the last couple of days have figured out a safe reason to enter the lounge at least twice a week.

Middle Ditch: People here actually make quick runs to nearby McDonald's and other fast food places to avoid the cafeteria.

Rainboy: Life in Lexington sucks, but I'm making the best of it.

Marja: Have a plan to make regular raids and I will find out.