Maybe It's Aliens, If We're Lucky? 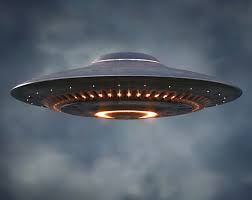 You know we live in interesting times when legitimate reports involving UFO's hit the mainstream media and they aren't the top stories in the evening news. But that is the case with both a New York Times report and the one Huffpost uploaded on their webpage.

On the surface both reports sound like the usual highly dubious and easily dismissible stories espoused by countless nutcases and con men for decades. The trouble though is that this time we have official statements from both the U.S. Navy and the Pentagon that yes, there have been sightings of strange aerial phenomenon displaying capabilities outside the abilities of current technologies.

More to the point, a few years back the Pentagon once stated that its covert program to study unexplained aerial phenomenon had been disbanded. Now real news outlets have discovered that this program was just renamed and moved to the Office of Naval Intelligence. Not exactly something an organization would do if there wasn't a reason to keep information hidden.

Those reason appear to be that these unknown craft have the ability to perform extreme maneuvers that defy known physics. One such unidentified vehicle was observed dropping from 60,000 feet to 50 feet in a matter of seconds. You don't need a degree in physics nor human anatomy to understand such maneuvers would destroy any known craft and turn any human pilot to chunky salsa.

Despite the possible crazed hoopla about aliens and first contact scenarios the more chilling possibility revolves around either Russia or China secretly developing technology that puts out best, most advanced planes on par with WW2 aircraft. Why Russia or China as possible boogeymen? Because they are the only countries with the money and/or technological clout to make such a breakthrough.

For the most part I despise Russia, but they do produce some seriously world class engineers and theoretical physicists. Their one drawback is money, it's one thing to produce fancy blueprints and maybe a prototype. It is another to have the money and industrial capabilities to turn such dreams into reality. China on the other hand does have the money, engineers, and the industrial might to possibly produce such revolutionary aircraft. What both countries do share is a grudge against the United States and an overwhelming desire to be the global top dog and remake the world pecking order.

Another possibility worth mentioning is that this release of information about UFO's is just a disinformation campaign by the United States Government. That our country has actually made a massive breakthrough in aviation technology and that we are just acting stupid to throw off our adversaries. Such possible advanced aircraft have to be tested and with surveillance what it is these days someone is bound to catch sight of these vehicles. At least that is my best case scenario when it comes to this situation.

Touching back on aliens, no I do not believe these UFO's are extraterrestrial in origin. The idea that an advanced alien race would travel hundreds, if not thousands of lightyears just to play aerial chicken with the primitive natives is just a bad science fiction movie idea. I've got admit though, given how supremely nightmarishly fucked up 2020 has been, we probably can't discount Little Green Men entirely.

The state of the world being what it is, I keep an eye out for the Vogons on Thursdays (obscure reference if you're not a Douglas Adams fan - apologies). I also think of that line from David Bowie's "Oh! You Pretty Things": "Homo sapiens have outgrown their use."

I would not be at ALL surprised if it was aliens. Or Russians. Or the Chinese. Or murder hornets!

Well, even our Orange President has made comments about UFOs and has advisors that have all kinds of weird beliefs.

Probably 20 years ago, I was driving south from an old mining town north of Rachel, Nevada (which is near the famed Site 51) and saw a jet go straight toward the earth at an amazing rate of speed. It dropped below the mountains and we kept waiting for a fireball, when two other jets did the same feat, but somehow they all pulled out--I have no idea how. I don't know if they were existing planes or more experimental ones, but it was amazing to see.

It could be that they are just observing us, in which case, screw them, they are bad guys. If they are paying attention to what’s going on on planet earth, they are a sorry race for not helping. Come on, give us a bone here.

It could be that we are some sort of grand planetary societal experiment, in which case, screw them, they are bad guys. Their experiment sucks and is putting unnecessary and cruel hardship on sapient creatures. It is not possible for an advanced society to let a planet exist in such misery, sheesh, even some lowly humans have recognized the ethical treatment of creatures of lesser intelligence.

Of course it could be that there are no angels, aliens or gods. This would go a long way explaining the situation we find ourselves in, here on planet Earth.

As you can see, the inaction in every scenario significantly indicates that angels, aliens and gods do not exist.

Unfortunately, this also means that if there are angels, aliens and gods, they are the bad guys.

Armchair Squid: Oh I never leave home without my towel.

The Bug: Yeah, we seem to have skipped Murder Hornets.

Jeff: A retired Air Force buddy once told me that he regularly receives letters saying what he can and cannot talk about with others.

Ten Bears: I tend to side with Gene Roddenberry when it comes to dealing with primitive cultures. Humans can't handle the current pandemic, if aliens showed up we'd lose our minds. Cultural shock to learning there were more advanced civilizations would be a mental blow many couldn't deal with.

So while I don't think these UFOs are aliens, it probably best they let us destroy ourselves or pull our heads out of our own butts.

You're a hoopy frood, BB!