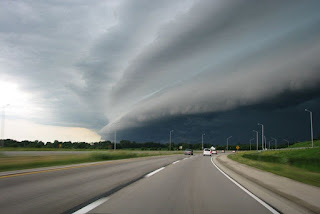 Let me go ahead and put this out there by saying the years 2016 and 2017 were both shitstorms when it comes to American life in general and the status of politics in the United States specifically. The presidential campaign of 2016 was damn close to a suicide attempt by both major parties, with the Republican efforts taking on truly nightmarish qualities with the candidates they offered. Not far behind were the Democrats who decided that election cycle was a great time to have a philosophical civil war over just who was pure enough to lead the oppressed masses. The end result being unresolved bitterness combined with a self destructive petulance that, along with a large amount of criminal Russian meddling, resulted in the worst possible outcome.

2017 didn't offer any reprieve from the ongoing slow motion national self-flagellation. Now there was some dark comedy aspects of the total incompetence shown by the Republicans as they attempted to repeal the Affordable Healthcare Act. Those stalwarts of supposed American values in Congress and their conservative intellectual think tanks had at least seven full years to develop a workable alternative of “Obamacare.”  What they ended up proposing were bills so badly designed and, honestly, reprehensible that they couldn't get numerous conservative members of their own party to support them. The only conclusions that you can draw from how badly they fell on their faces is that the entire Republican leadership is either overwhelmingly stupid or that they just don't give a damn about seeing a workable program being established that offers affordable health care. Several years back a Democratic member of the United States House of Representatives once asked what was the Republican answer to affordable health care. The question was purely rhetorical but his answer, which is most certainly the republicans true belief was that people should just “die quickly.”

Making matters worse, during his first year in office Trump showed a steely determination to insult and undermine our allies. Then attempted to start wars with both Iran and North Korea, and even China on his really bad days. At home his attacks on the free press and anyone that dares not worship him had all the hallmarks of petty, murderous dictators all through history. The icing on the bizarre cake though has to be Trump's love affair of Vlad Putin. It's impossible for any reasonable person not to think that relationship has long since moved into the realm of an over-the-top spy novel. The idea that an actual president of the United States might have been compromised by an enemy nation is now a strong possibility.

As the end of 2017 thankfully draws near there is an instinctive tendency to believe 2018 has to be better. Democrats are especially giddy over 2018 since the Trump's poll numbers are lowest ever for a president during the first year of a term and recent off-year election victories, mainly in Virginia and New Jersey. I would love 2018 to usher in brighter days, but as of right now my best advice would be to expect a continued rain of shit and maybe something worse.

The first item that could derail any Democratic Renaissance is the economy. Now understand, Trump deserves no credit for the the growing economy. While weak, the economic rebound clearly started under President Obama and despite Trump's delusional claims, he has done nothing to really effect the hard numbers. Trump might be able to claim a positive secondary effect with business picking up because his administration isn't enforcing regulations. Something that will more than likely help corporate profit margins until we start hearing news stories of people being hurt or killed by unsafe products. My personal favorite in that category is where a Texas fertilizer plant exploded killing a good number of people because the management wasn't going to let the tyrannical federal government force them to do all those socialistic safety measures.

There is one obvious economic landmine that could blow up in Trump's face in 2018, it's the stock market. Its rapid growth rate is starting to worry some that it is taking on the resemblance of an overfilled balloon. Trump likes to point to the stock market as a gauge of the overall economy. Generally a mistake since it doesn't really reflect the well being of the average American. In other words, if the daily ups and downs of the stock market does effect a person, they are playing in a much bigger league than Joe Sixpack. If the stock market tanks because of over speculation, it will be interesting to see how Trump and his talking heads try to explain it away.

The biggest concern that actually causes me to lose sleep is North Korea. Trump has a proverbial hard on for the little twit running that country. I'd personally call it a form of penis envy since Kim Jong-un can easily have people murdered if they do not worship him with enough enthusiasm. Adding to my unease is the scuttlebutt that I've heard suggesting National Guard troops will soon be sent for year long deployments to South Korea. While I retired from the National Guard back in 2005, and a lot can change in far less time, but such deployments don't seem normal to me.

I've got to clearly admit, “scuttlebutt” is a hazy concept that can be either totally true or completely false. What worried me though is that a Gulf of Tonkin incident might be in the works. Trump isn't a total idiot, I'd bet money I don't have he understands the Russia Investigation is slowly zeroing in on him and a war would be a great way to postpone or completely blunt Mueller's endgame.

Yes, I'm saying Trump would launch a war that would certainly kill thousands, if not millions to save his fat ass and that of his family. If you really want to pick apart my darkest, hopefully purely irrational fears I wouldn't put it past Trump to try and postpone the 2018 midterms. I'm basing that on his delusional insistence that he lost the 2016 popular vote because of illegal aliens being allowed to vote. Adding to that idea, some bozo even commissioned a poll last year asking Republicans if they would go along with postponing the 2020 election until the government could make sure no illegal residents voted. Yeah, the overwhelming majority of the respondents thought delaying the election would be fine. Now throw in a national emergency in 2018 with the North Korean toad trying to nuke Honolulu, Seattle, or Los Angeles and delaying the midterms is something Trump would love to try.

Long story short, while getting stupid drunk this Sunday night sounds like a great idea just as a form of recovery from 2017, there is no guarantee 2018 will be any better. Whatever the case, whether it is by impeachment or losing the 2020 presidential election, Trump will never leave the national spotlight quietly. Every outrageous, nonsensical, or downright scary statement he makes tells me he would rather burn down the country than let go of power. My best advice is that while hoping Trump is lead out of the White House in handcuffs is okay, be prepared for the absolute worst to happen.
Posted by Beach Bum at 2:04:00 PM

Also, can I cross post this over at my place?

That's what 2018 is going to be about. Some SSI recipient might have a new pair of Nikes...

Yeah - I’m pretty worried about what 2018 is going to bring. It doesn’t look good no matter the scenario, really. I’d love democrats to win big in November, but as long as Trump is president it’s still going to be a shit show. Sigh.

I didn't think Trump would win the election. And when he won, I didn't think he'd last a year. I'm just going to stop thinking, because it seems to get scarier and scarier.