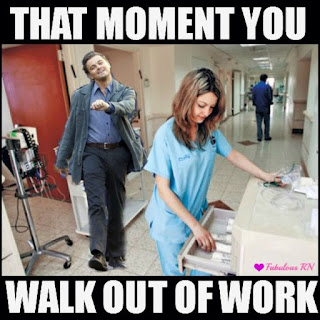 Work at a hospital for a few years and you quickly learn they are not static entities. In fact, a person couldn't be faulted to suggest their need to expand services and grow in physical size is comparable to the laws of gravity or evolution. As soon as the first building or group of structures are complete and operational, you can be sure a committee exists that is working diligently to secure both funding and extra property so that newly establish hospital can expand its business and revenue.

That being said, there are entirely different rules governing how a hospital expands its services and the way it grows in physical size. The former is restricted by such factors as technology, the experience of the staff, and the economic limits of the local area. Though for the latter the only real restriction is the available property. What I have noticed though is that additions to the physical structure of a hospital campus often seem quite piecemeal to the point they not only defy the existing architectural design but but seem to court chaos, which can create some interesting events.

Because of this haphazard design, the hospital where I work has several sections of roof sandwiched between different buildings creating something akin to a canyon. And without going into boring detail my job has me repair and do preventive maintenance on various mechanical system, some of which are mounted on the lower-level roofs between these much taller sections of buildings.

A few nights ago I stepped out onto this canyon-like section of roof to check on a few exhaust fans. Almost immediately I looked up at the other building directly across and saw the large picture window of a classroom one floor above me. Naturally, this classroom is used during the day for training but in all the years I have performed my monthly checks, which forces me on that section of roof, I have never seen anyone inside the classroom at night. Usually the window blinds are closed but that night they had been left up along with one light being left on. Along with the window being slightly tinted, this allowed me to see inside the classroom but not in great detail.

What I did see, besides several nondescript tables and plastic chairs, was the silhouette of a human figure which looked to be sitting in a large office chair next a desk. My natural thought was that someone on the staff had slipped inside the classroom to catch a small nap. Yes, I know such an action is seriously wrong at work but I am not a snitch and immediately thought that whatever the person was doing was none of my business. Truthfully, it could have just as easily been someone who was off duty but was so tired they didn't want to risk driving home in such an impaired condition. So, I went about my duties which had me on the roof for about thirty to forty minutes.

As usual for me, I grabbed the wrong-sized fan belt and had to leave the roof and head back inside the building and go to the parts room to get the right one. In doing so I passed the classroom window again and noticed the person in the chair had not changed position. My thought being that during sleep people have to change positions occasionally to stay comfortable. Whatever the case, I went about my own business and did not return for another twenty minutes.

When I stepped back out on the roof almost by instinct I again looked up at the classroom across from me and saw that the person still hadn't changed position in the chair. I was now starting to get concerned, it just didn't seem natural that someone wouldn't have shifted a little after having sat in a chair for such a long time. Despite my unsettled feelings for the person and growing curiosity, I went back to the exhaust fan and replaced the belt.

It was when I was finally leaving the roof and saw that the sleeping person was still in the same exact position I got on my radio and called security explaining the situation. The scenario going through my mind at this point was the person I saw might have felt bad and slipped inside the classroom to rest for a few minutes but had suffered a heart attack and become unconscious or even died.

About ten minutes later, security meets me at the entrance to the classroom and by this time there is a good deal of worry floating around the heads of the three people and myself standing next the door. Once the security dude with the large set of keys finds the right one and unlocks the door, we all rush in and head straight to the person who we see from the back. The fact that this person didn't react to the sound of the door being unlocked raised the level of what was simply concern to outright fear something very bad had happened.

It was when the senior security person turned the chair around that I realized I had unintentionally been punked. The “person” in the chair was one of those full sized CPR dummies that you would expect to find in a hospital classroom. The person in charge of the class the last time the dummy had been used just dropped the thing in the office chair instead of storing in back in the room's closet. The collective groan we all uttered was a combination of relief that no one was unconscious or dead and frustration given that everyone had got worked up over nothing.

As we all left the room, the security folks spent several minutes kidding me about taking them away from their own duties. Which I retorted was watching television in their office and sneaking as many donuts they could carry out of empty doctor's lounges. Given the nature of the normal workplace if I'm lucky, I might live this down by the time I retire.

Nice telling of the story and I got a good laugh. Years ago, before cell phones, I passed a guy on a backroad in NC who was slumped over the wheel. I turned around and drove back to check on him and his forehead was on the wheel and he was dangling down. I was worried but felt that I should investigate and found him to be rolling joints. When I approached the window, he about jumped out of the car.

Hey, at least you cared enough to worry about that person...ahem...CPR dummy!

A few nights ago, I went to campus police at the university where I run to note that a homeless person in a wheelchair near the running trail hadn't appeared to have moved in 3 days.

He wasn't dead, as it ruend out.

But I had this horrible story in my head wherein people had just jogged by this dead guy for 3 days without saying anything.

Saying something is always the best policy, I think. Too many people can't be bothered.

Ha! I knew where this story was going :)