Karl Marx famously stated once that religion was the opiate of the masses. Sure, I'll buy that for the most part but here in the United States the OxyContin of the great unwashed is conspiracy theories. The land of the free and home of the brave is now awash in all manner of bizarre and brazenly stupid and semi-suicidal theories about malevolent forces plotting behind closed doors to bring an end to all that is good and righteous.

The overwhelming majority of the time the second anyone I'm around brings up a conspiracy theory, I suddenly remember a desperately urgent errand that has to be accomplished before that person starts spouting his or her insanity. Personally, any story or premise that even hints at a National Enquirer-level of intelligence I immediately classify the spreader of such information a worthless fool.

Here's the problem though, all conspiracy theories are not created equal. Most are indeed playthings for dangerous childish idiots such as President Obama orchestrating “Deep State” attacks of the Orange Buffoon's Administration. But a small minority dance just in the realm of the possible while not likely given their complex nature and the number of people who would be required to implement such plans.

But what if the perpetrators of these conspiracies don't really try to hide their activities?

Despite initially trying to hide their actions my favorite boogeyman, Russia, has been openly interfering in the elections of dozens of nations. Most notably, from my point of view, are the elections here in the United States with them going full court press back in 2016 to get the Orange Buffoon elected.

While Russian intelligence was able to hack into the voter rolls of various states in 2016, I haven't seen any strong evidence they were able to alter election results. There was more than enough idiots and fools who stayed home or voted third-party to throw the election. But the Russians have been proven to have engaged in an active, and eager, cooperation with the Trump Campaign as well as conducting a massive disinformation and propaganda program on social media that the idiots and fools bought hook like and sinker.

Here's where I begin to drift into what could be called the conspiratorial realm. 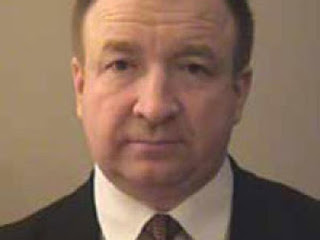 Way back in the late-1990 I read an article where a Russian professor by the name of Igor Panarin, who predicted the breakup of the United States and its balkanization into six different parts. Five of these new countries would then fall under the dominion of various powers like the European Union, Canada, Mexico, China or Japan. This Panarin believed independent Alaska would revert back to Russian control like it was in the first half of the nineteenth century. Truth be told, Russia has a bit of a neurotic fixation on Alaska since they feel the United States stole it from them.

But Russia is nursing more than a neurotic fixation on a lost piece of territory. Since the collapse of the Soviet Union certain powerful Russians and a good chunk of the general population have been nursing a heavy grudge against the United States. For a people who have always believed they were ordained by God to play a huge role in global destiny, going from a superpower to almost a failed-state would naturally cause physiological issues.

To a certain extent, I believe the powerful in Russia have gone beyond just holding a grudge and wanting to sow chaos in the United States to pursuing an active course of violent destabilization. The unexpected growth of bizarre conspiracy beliefs, such as the scary “QAnon” is just too convenient given that Russia is trying to reassert itself on the global stage.

A “normal nation” wanting to play in the geopolitical big leagues would mobilize its economic and military might achieve such goals. But Russia doesn't have the Gross Domestic Product, population, nor military resources available for such endeavors.

Sure, Russia is constantly producing nice artistic renderings of massive aircraft carriers, new manned space capsules, and other fancy toys only militarily and economically viable countries like the United States and China can produce. But while they are pursing a course of military modernization, they just don't have the economy nor population to maintain such programs.

In fact, like the late Senator John McCain said, Russia is just a glorified gas station whose only claim to global importance is their nuclear weapons. Unlike the United States, China, the European Union, and Japan no one wants any products from Russia like cars, televisions, airplanes, or any number of other pieces of technology. All they have is oil, and while it is currently a valuable product, in the years ahead its importance will steadily decline.

Throw in its declining birth rate, well below replacement level, there is little chance the Russian economy will be able to maintain its current standing. In other words, Russia is destined to fade in the global background as nations in Asia blow past them in importance.

But that isn't stopping Russia from wanting to reclaim what its sees as its lost status. So in my opinion it is pursuing a form of asymmetrical global warfare by funding various right-wing nationalist movements in Europe and its social media campaign here in the United States. This is more than just the old divide and conquer strategy, Russia is clearly working to discredit the European Union because a massive economic superpower made up of liberal nations might threaten all the autocrats and plutocrats living in and around the Kremlin.

But the United States holds a special place of hate in the Russian autocracy. Vlad Putin and any number of his cronies want to hurt the United States like they feel was done to them. While saying they have an active military-like plan to destroy the United States might be an overstatement, I truly believe they would be happy to see our cities burn and our people kill each other in the streets.

That they have centered their efforts of our centuries old racial divisions and fears, exacerbated by our own economic issues just shows they have been listening to Igor Panarin and others like him.

Have you watched The Americans? If not, you should. I think you'd enjoy it.

Interesting ideas. I spent three weeks in Russia in 2011--traveling on train from Mongolia with stops a around Lake Bakali, the Urals, Moscow and St. Petersburg and really enjoy the people I met. But when talking to a younger woman who was a guide who said something about Stalin wasn't so bad, I about had a heart attack. Later, I was taking a tour of Kuger, a city in the Urals, and asked about the Star of David brickwork on an old (19th Century) warehouse. She insisted that it wasn't religious, just decoration. Another guy in the group (who was Jewish and from Chicago) about had a fit (he also thanked me for asking the question), but we both realized she didn't know anything about Russian Jewish history. There are folks I thought were smart in high school who are into conspiracy theories and it drives me crazy (and makes me ignore them)

I'm to the point of just wanting to pop some popcorn & watch the shitshow.

Re: The Americans, so much has changed in the world since the early '80s, not least the relationship between the US and the former Iron Curtain nations. And yet, the basic American/Russian mistrust remains. We got over it with Japan. It's been harder with Germany. The Holocaust casts a long shadow in American consciousness. It may take a long time with Russia, on both sides.