Tales From REFORGER-2: I Accuse 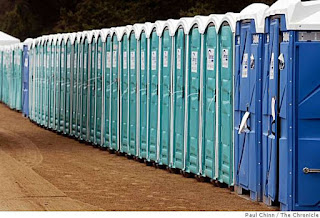 (Author's note: This story is true, although I had to go creative-nonfiction to stretch it out and alter it enough so I wouldn't have anyone going crazy on me.)

All things considered, Captain Bryant, the S4 of my air defense battalion at Fort Carson, Colorado, wasn't a bad guy. Which makes what happened to him in a West German field all the worse. Without overly explaining what the S4 does, it can be boiled down to anything to do with supply, logistics, maintenance, transportation, and budget for the entire battalion. It is a demanding job and takes someone with a detail oriented mind and who can deal with the stress involved when millions of dollars of equipment and supplies are involved.

Since I was just a junior enlisted soldier at the time when the incident occurred, everything I heard from the NCO's suggested Bryant was perfectly competent in his job. Captain Bryant's one problem though was that despite his best efforts at the S4 job he was still catching hell from his lackluster command of one of the batteries of the battalion. See, Bryant was suffering from one of the worst traits that can befall an individual not only serving in the United States Army but anyone living in a country that prizes charisma and hard charging excellence. 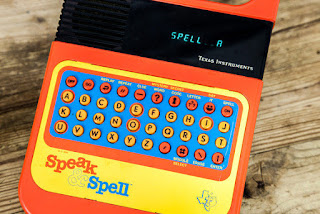 Bryant's first sin was that he had absolutely no charisma or anything else in the way of inspiring others to perform great deeds. Like any leader who command people, army officers are almost required to give speeches that motivate those under them to push harder. Given that the batteries in my battalion shared a common assembly area I caught a few of Bryant's speeches and even as a junior enlisted guy I could tell that someone born without vocal cords could have given a better, more inspiring speech. Sure, he could relay information and give instructions but his spoken voice had the personality of one of the old “Speak and Spell” toys from the 1980's.

His second, and possibly worst, sin was that Bryant was average in all his abilities. I learned this from one of my friends, Specialist David Speakman, who was the driver for the battalion sergeant major. While Speakman was my best friend, I often found him irritating as shit since the man excelled at absolutely everything he did from scores on the rifle range to maxing out the PT test. Speakman would regularly tell me battalion scuttlebutt since he spent all normal duty hours at headquarters.

The overall word about Captain Bryant was that the battalion commander and battalion sergeant major, both hard charging types who expected nothing less that one-hundred percent and then more from everyone in his command wasn't happy with his performance. Back then I believe myself to be a member of the hard charging group but was frankly perplexed at what exactly they wanted out of Bryant. However, my lack of understanding of the nebulous requirements they expected suggests I was closer to Captain Bryant's group than the one my friend Speakman belonged.

The curse with being average is that people tend to remember your mistakes, and misfortunes, more than anything else. Being “average” myself in many ways its almost as if you're wearing sign that everyone else but you can see but you that tells people not to expect much. For Captain Bryant to carry such a burden pretty much meant his military career was going to stall and die unless he somehow turn perception around. That opportunity came in the form of one of the battalions units, Alpha Battery, being sent to West Germany in 1987 for REFORGER.

REFORGER, which stand for Return of Forces to Germany was a huge deployment exercise and war games meant to prepare for the possibility of war with the Soviet Union and the Warsaw Pact nations it controlled. All told thousand of troops and equipment were loaded on planes and ships and sent to Europe from North America. In the days leading up to our departure from Fort Carson, Captain Bryant seemed to be constantly in action. After we arrived in Europe for the first four or five days before the people in my unit were dispersed I don't believe the man ever slept.

What Captain Bryant did between the time of our first arrival and when we all regrouped at the assembly area to wait for our turn to return home I have no idea, although I highly suspect he did his best to play super soldier.

Every soldiers' mission at the assembly area was to wait and prepare the equipment we had drawn in Europe for turn in. As duty goes it was pretty sweet, we lived in literal circus-sized tents with some of them dedicated to food stands, movie theaters, mess halls, PX shops, and even libraries. Our equipment was nearby, all lined up neatly with us spending about half a day cleaning and repairing what we could. After lunch, which was still first generation MRE's at that time, we were usually released and allowed to hang out in the recreation tents or even see some of the local sites. Captain Bryant didn't play that game, even though many of the officers were almost as eager to get away as the enlisted, he stayed in the makeshift motor pool trying to impress the his higher-ups. Sadly, even though he moved heaven and earth during this deployment his average-ness came back with a vengeance.

Naturally, given the human digestive tract and its normal functions the US government spent the money to rent hundreds of port-o-potties for the assembly area to prevent thousands of soldiers from turning the countryside into a disease ridden sewage pit. Most were the normal looking ones you would see here in the States with a wide base that strongly resists tipping over because of wind. But a number of them, like the ones situated close to the motor pool, were quite thin and light and placed very close together.

The morning the incident happened it was already quite windy. In fact, several of the people I was around had noticed the thin and light port-o-potties being moved by the gusts. Once lunchtime came we stopped what we were doing, ate our MRE's, then put away our tools before drifting off to pursue our off-duty entertainment. Not Captain Bryant who stayed behind inside his deuce and a half fitted with a shop van he used as a makeshift office.

Sometime later Bryant had to answer the call of nature and proceeded to use one of the abnormal port-o-potties. Unfortunately, he picked one in the middle of a line of at least fourteen or fifteen. From what I could gather one of those heavy gusts of wind hit when Bryant was inside and not only did the entire line of port-o-potties fall over like so many dominoes, their thin sheet metal construction bent in such a way that he was literally trapped inside. Yeah, as word passed down everyone learned the potty was tipped over enough that its contents did spill out.

Poor Captain Bryant was eventually rescued by someone several hours later but word of what happened spread through the area at a speed that defies Einstein's limit on anything moving faster than light. Efforts to limit the effect on Captain Bryant's reputation were enacted, mainly having already ill-tempered first sergeants telling annoyed platoon sergeants to pass down to the tired section sergeants to tell their troops that any form of misbehavior around Captain Bryant would be severely punished.

It didn't work, especially when news of the incident somehow spread to nearby British troops who were visiting our location. Reports were that when they learned of what happened to Bryant their entire contingent,which was eating in the mess hall tent, all fell onto the floor laughing their asses off. While it was probably American soldiers who did it, someone a few days later took a permanent magic marker and wrote, “Bryant-potty, Use only at your own risk” on most of the type that fell over and trapped him.

There is no happy ending to this story. This incident sort of capped a military career that never left the metaphorical launch pad. He only stayed with the battalion about six months before getting reassigned somewhere else in the United States. But even when I was about to leave the service in July of 1990 some a-hole was still writing “Bryant-potty” on the much more stable ones used at Fort Carson. The only person I knew who could have been immune to possible discovery of the action and had ample opportunity to hit so many of the potties used down range was my good friend, David Speakman.
Posted by Beach Bum at 10:44:00 AM

Email ThisBlogThis!Share to TwitterShare to FacebookShare to Pinterest
Labels: army life, I Got Nothing, Nonfiction, satire, Short Story

Oh man that was terrible! And hilarious. Poor guy! My husband was in the water well drilling business some years ago. One time they were drilling a well on a dairy farm and somehow he ended up getting doused with manure. I'm still not exactly sure how that happened...

That's actually really awful when something beyond a person's control ends up marring his reputation like that.

I hope he eventually found something he was good at, preferably something with fewer people so ready to make him the butt of jokes.

No pun intended, I guess.

The Bug: Manure? Now that would be a story!

Harry: Yeah, it was a bad situation. I'll admit that what happened to Bryant has crossed my mind several times when I was in unfamiliar locations and around people I didn't know.

Oh man that had to be horrible, the accident for one thing was humiliating enough but then the aftermath where everyone continually laughed at him.

Hopefully he ended up doing well wherever he went.

Oh my...not sure what your sergeant would have considered more horrible, being trapped inside for hours, not knowing if/when he'd be rescued, or the ridicule afterwards.