What I Did Last Weekend 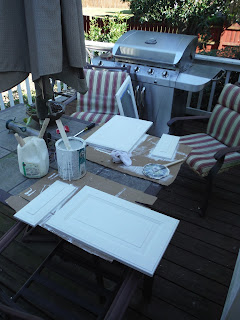 If a period of time, in this case the 365 days making up a normal terrestrial year, could have sinister motives, I swear 2016 could be Hannibal Lecter or even one of the supernaturally indestructible movie slashers such as Jason Voorhees or Freddy Krueger. From the moment David Bowie died and the 2016 American presidential campaign started, I distinctly remember a few people on the internet saying this year was going to be a full-fledged crapfest. And in all honesty, given what we have been through calling 2016 a crapfest is a gross understatement. Just the trauma of having such people as Ted Cruz appear on the news almost daily during the primaries and then top it off with Trump winning the Republican nomination is more than any sane person should have to deal with in a single year.

Somehow, we’ve made it to the end of October and quite frankly, I’m not expecting things to get much better in the short-term. Multiply that last statement fifty to one-hundred times and extend this nightmare until 2020, if America goes and elects that bizarre combination of Jerry Lewis and Benito Mussolini president of the United States.

On a personal level, my lovely spouse, whose codename remains Dragonwife, has spent most of this year doing her best to take what little free time I can normally call my own. For the last several years she has wanted to do major renovations on the money hole…I mean the house we live. These changes would include ripping out the carpet in all the rooms and replace them with hardwood floors, changing out the kitchen countertops, and installing at least a closet in the room over the garage so it could be classified as a fourth bedroom. I say at least on that last item because for a while Dragonwife wanted to add a half-bathroom to that room as well.

A couple of interviews with renovation contractors later and she has finally realized that while such a project is possible, the cost would be so great it would make more sense just to sell the house and move into another that would already have such facilities. I didn’t hear the amount the contractors said it would take to add a half-bathroom but it was enough to utterly kill that idea. You’d have to know my wife but she does not easily abandon any project, especially something she has talked about for years. However, after speaking with those guys, she placed a big “X” through the notes she had for the half-bath and hasn’t mentioned it since. There are most certainly other items she wants to change and replace while all this is going on but I’d would get bogged down listing them.

Getting down to the nitty-gritty here but whenever my wife conjures up fantastic plans involving home projects she eventually starts nickel and diming everything down to my level. She does this mostly to save money and redirect funds to other things that I simply cannot do alone or lack the proper equipment to accomplish. Cases in point are the several Leyland cypress trees that fell over in our backyard due to the recent hurricane. I do own a small electric-powered chain saw, which is solely designed to cut small limbs and not forty and fifty foot trees whose trunks are at least a foot in diameter. This says nothing about having the truck and/or trailer big enough to carry away the wood after cutting everything down. Dragonwife eventually realized that it was simply better to stick with hiring someone to remove the trees since they would also have the equipment and personnel to pull up the stumps as well.

Now throw in the water heater that for some unknown cosmic reason decided to start leaking, a lot, several days after the cypress trees tipped over and several home renovation projects that were going to be outsourced have found their way on my honey-do list. This weekend I tackled the first of these new honey-do items with a Dragonwife high priority star beside it. Little side note here, for those who don’t know I work third-shift so my weekend starts after I leave work Friday morning and ends around 10:30pm Sunday night.

Painting the vanity in the small bathroom at first didn’t look like a major job. Sure, I was going to have to sand the wood so I could apply the couple of coats of primer needed so it could be painted but I didn’t think the job would take that long. The first thing I didn’t take into consideration was the freaking mess that I would make from sanding the heavily varnished wood. All together the cabinet was done, inside and out, in about two hours. It took me three damn hours to clean up the mess inside the bathroom and in the hallway. At one point, I began wishing the bathroom floor had a drain that would have allowed me to use the detachable shower head to wash off the dust coating the toilet, bathtub, walls, and floor.

Applying the primer came next and while that was easy, the bathroom in question is quite small so I had to contort into some improbable and uncomfortable positions to cover everything inside and outside of the cabinet. Once that was done I had to get cleaned up because it was getting close to the time to pick up my daughter from school and I absolutely refuse to sit in my car waiting for her while feeling that dust on my skin. Needless to say, Dragonwife and me had a talk when she came home Friday evening wondering why the small bathroom wasn’t done yet.

Saturday morning began bright and early with me painting the cabinet. After three coats of paint, it finally began looking decent. One of the contractors told my wife from the get-go during the interview process that there was simply no way to hide the grain pattern in the wood so when she said the cabinet looked good I agreed and called it a win before she could change her mind. Now that left the two cabinet doors and the two small drawers to sand and paint.

Sanding those four items was one of the most time consuming chores I have attempted in recent memory. I’ll be honest and say I have no talent when it comes to this home improvement stuff and as far as woodworking is concerned, I haven’t done anything like that since high school. But it took me hours to properly sand away the layers of varnish on those items. I have no idea if I was doing something wrong of that the cabinet doors and drawers were prepared differently than the vanity.

Understand I have some sense, I did the sanding on the doors and drawers outside on my deck and there was a point about halfway through that I wished I decided to take on the fallen cypress trees instead with my pitiful under-powered electric chainsaw. Somewhere around 4:00pm Saturday I reached a point that I had gotten enough primer and paint on those hateful things to quit for the day.
All that is left is the back of the cabinet doors and I hope some kind deity might not throw any unexpected issues in front of me when I finally tackle that last segment this coming Friday. Why am I waiting for this coming Friday to finish such a ridiculously small job? Because the next item on my high priority honey-do list is the larger cabinet above the washer and dryer in the laundry closet.

Supposedly, the timeline my wife has for completion of all these projects, both the ones I have been enslaved to do as well as those using contractors, is the middle of December. At this point all I can do is hope that at some point the evil grip 2016 has on me and everyone else will be broken allowing us all to have a happier and much saner 2017. Quite frankly, a large part of that hope hinges on what happens on Election Day. No matter what, the one thing I am sure of is that I will be coughing up wood and varnish dust well into next year.

The upside is that every moment spent doing something like sanding or varnishing is one less moment spent paying attention to the news.

Don't pay attention to the news.

Use your tiny chainsaw on a huge tree instead.

This really has been the year from hell, what with the politics & Mike losing his job. Sigh. Your wife has you MUCH better trained than I have Mike trained. He mostly ignores me when I talk about doing some home improvements. Of course, we rent, so it's a bit different. He will take over if I start to try something (because he knows I'm incompetent), but I'm too lazy to even do that much, so really I only have myself to blame :)

One of my friends started a major kitchen remodel a few months before Christmas last year. They are still cooking on a hotplate and washing dishes in a plastic pan in the laundry room.

Haha you'll be fine Good on you to do all these jobs. After the earthquake we had long months of home improvement but it was all worth is.
Hope you are well