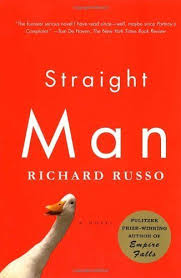 Like most people my summer reading list is usually composed of relatively light and fluffy novels without any real value or weight. For me, that means I lean mostly towards cheap science fiction filled with starships, aliens, and hot babes in skimpy metal bikinis along with tawdry boilerplate thrillers and suspense stories containing plenty of intrigue, mysterious characters with dubious pasts, and hot ladies in revealing attire. Yes, one of my many failings is the little hobgoblin of consistency in that it doesn't matter if the book I am reading takes place on some faraway planet or in a beach bar in Key West, there are particular elements in stories I gravitate towards.

A third type of book I enjoy are those tongue-in-cheek novels that look at life with a sarcastically humorous eye for its inherent ridiculousness. Call it a personal fault, but even in the best of times I tend to view Homo sapiens and our civilization as little more than a runaway bread mold. Yes, I understand there are noble, caring, wise, and compassionate people all over the globe but right now they all appear to be out for lunch while the crazies are running rampant. Yes once again, my main example of crazies would be that down home, countrified assembly of morons that just ended in Cleveland.

One of the systemic problems with our species is that we take ourselves way to seriously, with religion and politics being the two prime examples of our inability to get along because some of us think of nothing but dominating everyone else. In my ever humble opinion I find those people, both fictional and in real life, who are able to kick back and laugh at the absurdity of our species as the most evolved of us humans.

A fictional character I became acquainted with over my vacation that meets these exacting standards was William Henry Devereaux, Jr. - or simply known as “Hank” to most people. Hank is the main character in Richard Russo's book entitled Straight Man which takes place on an underfunded college in small town Pennsylvania. As the book begins you quickly learn that the fifty-something Hank is the interim chairperson of the college's English department, a savagely conflicted group of mediocre professors who when they are not bickering with each other live in abject fear that budgets cuts will force the college administration to thin out their numbers.

Despite the inherent responsibilities of running his department, which in normal times makes herding irate cats holding a long list of grudges looks easy. But in Hank's case, he can't help himself but offer up clever comments that add extra heat to the already boiling pot of oversized egos and smoldering resentments that each and everyone of his subordinates hold for him and each other. One of his off the cuff comments so incensed a particularly colleague that she swiped him with her notebook causing the spiral wire to hook his nose like a harpoon does a whale.

Hank doesn't pull any punches with those he calls his friends or students either. Hank finds it fascinating that one of his best friends, a guy named Teddy, appears to have a literal school boy crush on his wife, Lily. This crush came in part from Teddy's own wife having an affair with an assistant professor who is so upset at our male dominated society that he has to finish both his and everyone else's sentence with “or she” to make up for the overuse of the masculine pronoun. Nicknamed “Orshee” for that reason, this professor goes as far as to regret his own existence because he was born with a penis.

One of the weirdest characters in the book is one of Hank's students, named Leo, who has a way too overactive fascination with using dead people in his stories. This forces Hank to comment to him that he should “Always understate necrophilia” in his writing, as if that fact wasn't obvious.

Two of my favorite characters of the book were beautiful Meg Quigley and Hank's long suffering secretary, Rachel. Meg is another assistant professor at the college and the daughter of Hank's English department colleague and friend, Billy Quigley, a cantankerous man who took the Good Book's advice about going forth and multiplying way too seriously. Meg and Hank have this semi-covert flirtation going on with her constantly leaving peach pits in his office suggesting their friendship could become something more than just innocent seductive banter. While Hank has been totally faithful to his wife, Lily, that doesn't stop him from engaging in some pretty intensive fantasies about Meg.

As for his secretary, Rachel, she has won Hank's affection for her ability to overlook and manage his many flaws. A tough thing for Rachel to do while dealing with her estranged husband who berates her for seriously pursuing her writing, something Hank has encouraged her to do because he sees she has talent. Much to Hank's surprise, after sending samples of her writing to his agent Rachel is offered a contract after her stories are immediately sold to a buyer.

Hank's existence is further complicated because he is dealing with his own middle life crisis that is made worse by the memories of his father leaving him and his mother decades before. Hank's father, William Henry Devereaux. Sr., was quite the famous literary critic in his younger days allowing him to run in some high powered social circles as well as bed any number of attractive graduate students. Hank not only feels he never fully came out from his father's shadow, but laments he never fully explored his writing talent, beyond the single novel he wrote at the beginning of his career.

Adding to Hank's woes is the possibility of prostate cancer and that a local television news crew filmed him threatening to assassinate one of the ducks living in a campus pond each day until his department get an approved budget. Curiously enough, I about fell over laughing as an ill timed and embarrassing complication with his prostate issue forced Hank to seek refuge above the ceiling of a conference room to hide from his English department coworkers as they finally came together in agreement on a subject. That agreement being to debate and then vote on ending Hank's chairmanship of the department.

As for the threat to assassinate the campus water fowl, the reasons for this action are something you will have to discover on your own. But what little I will tell you is that it involves Hank wearing a fake nose and glasses during that time with the local news crew on site for a completely different reason. The results of his actions make him a local celebrity for a day or two only then to be reviled as an enemy of all things decent with protesters gathering on campus to protect the ducks and geese.


How does our misunderstood and confused hero begin to make sense of all the strange characters and curious situations making up his world? That is a question you will have to find out for yourselves. This novel, while making me laugh out loud, was intensely thought provoking because quite frankly I identified a little too much with Hank for my own comfort. That mainly means the mid-life crisis thing along with wondering just where has all the time gone and why haven't I done more with my life. Straight Man is an excellent book that explores and explains the bizarre world that often exists between the ears of us guys who never really figured out how this thing called life is supposed to work. First published in 1998, Straight Man reads like a book that was recently released and I highly recommend it to everyone.
Posted by Beach Bum at 7:06:00 AM

Interesting review although the book would not be my cup of tea.

Cool. I am always reading a few book, and can always use ideas for a few more!

An interesting assembly of characters, much like real life. I believe that we like those books the most where we can identify with and have a certain connection to the main character.

Sadly, I find little time for reading these days, and if I do I prefer the "light and fluffy" stuff - chick lit with humor and happy endings. I proofread forensic structural reports all day, those don't always have a happy ending. Need some balance to keep from getting depressed.

Good review. I enjoyed his book, "Empire Falls" and have thought I should try another of his works.

Migrating Spirit: I know the feeling, my wife is always recommending her books to me and while I've tried a few, they're just not my type.

Pixel: I have found the best time for me to read is while sitting on the toilet. Certain factors always make sure everyone leaves me alone.

Goatman: Damn you're a cranky old goat. No, I didn't give the ending away.

Sage: Thanks. I started watching the HBO version of Empire Falls. I really like Russo and will read more of his stuff.