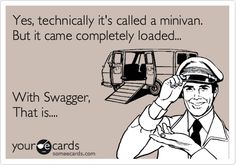 One of the last things someone wants deal with after finishing a night working third shift is taking their car back to the dealership for required warranty work. Worse yet is when it's a repair or modification that will take several hours pretty much forcing the owner to either get a ride home or somehow hang around the dealership waiting. You might think such a shared inconvenience would have a chance to draw strangers together and build a nascent solidarity between people having to deal with typical corporate crap these days, unfortunately no, not in this lifetime.

To be fair some automobile dealership waiting areas are better than others. Back when I drove a Toyota that dealership's waiting area during my first visit had several televisions, a real snack bar/grill complete with cook that made sandwiches and burgers, and fairly comfortable chairs and couches that made waiting tolerable. The only thing it lacked that would have made it perfect would have been a dimly lit and quiet room with recliners that would allow the customers to take a nap. I actually recommended such a room on the customer survey only to return six or seven months later to see the snack bar closed, all but one of the televisions removed, and even the comfortable chairs and couches replaced with plastic seats that looked like McDonald's surplus.

My current car is a Kia Rio, and for the most part it's okay but last year about this time, I received a letter from the company saying that while there was absolutely nothing to worry about I needed to call the dealership immediately to schedule an appointment to have a few “minor” things fixed. The letter further stated that if I didn't schedule an appointment by a certain date I would be libel if anything bad happened. With those kinds of warm fuzzies coming from a huge, faceless multinational corporation I called just a few minutes later to schedule an appointment for a Friday morning, which due to the peculiarities of working third shift is the start of my weekend.

While the letter I received didn't directly say these minor repairers might take several hours the dude playing the role of the dealership's service center concierge informed me of that fact in a casual, backhanded manner.

“Okay Mr. Johnson,” he said while looking at his computer screen and typing what I was beginning to believe might be a novel he was working on given that he had been doing it for almost ten minutes. “These repairs usually take about five hours to complete,” he said in a nonchalant way suggesting I should have already known that fact.

“Excuse me,” I replied, far more upset that I should have really should considering the situation I was dealing with. In this day and age, whenever some massive corporation is forced to spend money and time fixing something they did wrong, it is a given that they will do their best to make it as uncomfortable as possible for their customers.

The concierge then informed me that I was more than welcome to take advantage of their waiting area. Which had a television permanently tuned to a channel playing nothing but infomercials, the usual plastic seats, and a pot of coffee that I had already tried and whose contents tasted like used battery acid. Truthfully, their coffee was in a weird way quite the dubious achievement since I had spent several years drinking the rancid swill served by army cooks to soldiers in the field and had come to believe I was now immune to all forms of caustic liquids including drain cleaner. When you take into consideration how tired I was, the last thing I wanted to do was spend five hours waiting for stuff to be fixed on my car that shouldn't have needed to repaired in the first place.

The obvious answer was to call my attorney wife and have her take me home. But that would have required her to stop what she was doing, drive to the distance to the dealership to pick me up, then drive across town to drop me off, only to drive back to her work. That idea was a NO-GO right from the start, so I began mentally preparing myself to stay until my car was ready.

“You know Mr. Johnson,” the dapper concierge said probably seeing the fatigue on my face, “we have a free courtesy shuttle that will take you home. It won't leave for another hour but your welcome to climb inside and catch a nap until that time.”

As soon as the words left that man's mouth I about broke into an impromptu interpretive ballet to display my utter happiness that I wouldn't have to stay in that place. The concierge then walked with me to the shuttle, which was a high-end minivan and unlocked the door. Being the first person on site I called a perfunctory dibs and claimed the front passenger seat. I believe it took less than two minutes for me to doze off.

An hour later, three other passengers seeking transportation climbed aboard, and along with the driver and we soon pulled out of the dealership's parking lot. One of my traveling companions was a nurse who worked at a private practice that was somewhat located in the direction of my house. For that reason, after the driver dropped her off, he made the call to go ahead and take me home. A decision that did not sit well with the two other people in the van.

The first was a guy who, in my opinion, from the moment the driver opened the minivan's big sliding door to let them in seemed upset that I had already claimed the front passenger seat. He was a balding, middle-aged man dressed in a decent J.C. Penney-type suit and carrying a cheap briefcase, which he clutched like it carried the codes for the United States nuclear arsenal. While I am sure he would have about busted a nut had anyone asked if he was an attorney, to me the guy had the look of a second-rate insurance salesman desperate to make his quarterly commission.

The second was a forty-something lady decked out in a patented Hillary polyester paints suit complete with matching scarf and apparent bad attitude. From the moment she climbed aboard, her cell phone never broke contact with her left ear except to dial a new number. Of course, the conversations she engaged in while we were on the road were totally one-sided to the driver, insurance dude, and myself but it was made abundantly clear she hated her ex-husband and sister and didn't really think too kindly about her kids or the poor soul she was married to now. Thinking back on it now, had I been sharing the van's middle seat with her like the insurance guy was, I'd probably have clutched my briefcase tightly taking special care to position it over my tender male areas.

The only thing that united the two disgruntled people behind me were their chorus of deep sighs as the van we all rode moved further west on Interstate-20. I must admit, after a while their joint discomfort was beginning to bother me despite the fact that I had no real power determining the route we were taking. Don't get me wrong, I'm not a complete insensitive ass, I fully understood that their workday was just starting while my weekend was beginning. I'm sure they had tons of issues all demanding their immediate attention while, like me, they had been forced to take their cars in for repairs.

After what to my fellow passengers probably seemed like an eternity of back country roads after leaving the interstate the courtesy shuttle pulled into my driveway. Thrilled that I could now go inside get cleaned up, eat, and rest, I thanked the driver profusely with every intention of not looking back. However, there was this little nagging voice that said the people I was sharing the van with on that painful journey needed some acknowledgment.

“Hey,” I said politely the two after turning in my seat, “ I'm sorry this took you all so far out of your way, you guys have a good day.”

I'll give myself a point for trying to me a decent human being because my effort fell on totally deaf ears. Insurance dude was in a total daze, no he wasn't asleep, but had his eyes wide open and staring off into space. It was the kind of look men have when the daily shit they have to put up with gets so weird they mentally transport themselves to their personal and secret happy place. Paint suit lady broke away from her latest cell phone conversation to give me one of those hate-filled looks that suggested if she had a knife nearby my manhood would soon have resided in a zip lock bag inside her stylish pocketbook.
With my misplaced urge for human decency either ignore or rejected, I jumped out of the van and walked towards the front door of my house. I did catch of a glimpse of paint suit lady looking back my way as the van left my neighborhood. Till the day I die I will remember the cold, dead look in her eyes that would have easily put any supernaturally-inspired, insane killers portrayed in the movies to shame. At that moment I set aside my agnostic beliefs and said a small prayer for the driver and catatonic insurance dude.

Retrieving my car from the dealership later that afternoon was a breeze. My son came home from college for the weekend and after I bribed him and his girlfriend at that time with an offer to stop at local Mexican restaurant we loaded up, picked up my daughter from school and drove off into the metaphorical sunset while munching on chips and salsa.
Posted by Beach Bum at 6:36:00 AM

You describe perfectly the hell that is an auto-dealership, whether I want to buy a vehicle or have one serviced, the experience ranks up there with root canals.

This was a good story, or at least the best that could come from such a strange and miserable circumstance. Auto dealers and airports, straight out of some circle of Hell. Sometimes, thuogh, you don't have a choice.

The Honda dealership where I take my little Honda Fit has a snack bar/coffee shop kinda place, too. Plus they have free WiFi. But you are right...their only TV is usually turned to Fox News, and their seats are hard and plastic. Waiting for car repairs has got to be one of the circles of hell.

I was SO EXCITED on Tuesday when I took my car to get the oil changed - they had NCIS on the TV! And I was there just long enough to find out whodunnit. It was great :) They have a shuttle too, which I've used if they needed to do more than just change the oil - and fortunately I work about two miles away, so no one complains about the route.