Doug Tompkins--One of the best who will be sorely missed 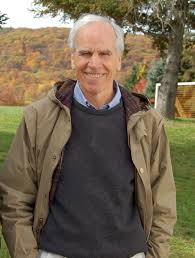 All of us lucky enough to draw a breath makes a mark on this planet and the people we encounter. For better or worse the overall impact of the average person is blunted because individually we simply don't have the vision or the resources to do more. To put it nicely, there is a line from one of my favorite songs that says a person, “fills his page of history, dreams his dreams then is gone.” Don't miss understand me, there is nothing wrong living a honorable and simple life taking care of friends and family. God knows human history is almost overwhelmed with individuals who were somehow able to achieve the deadly combinations of power and money leaving nothing but death and destruction in their wake.

Humanity's one saving grace are those few individuals that for whatever reason use their money and power to try and preserve or enhance the existence of people and environments not directly connected to them. Unfortunately, many of these people slip by unnoticed to the general public leaving the impression that someone representing the better angels of our nature never existence at all.

I recently learned about the passing of one of those individuals who really didn't have to use his own fortune to work to preserve an area of the planet which he was not directly connected. His name was Doug Tompkins and I first learned of him watching the 2010 documentary, 180 Degrees South: Conquerors of the Useless.

Born in Ohio in 1943, Doug Tompkins moved west in the early 60's taking part in numerous rock climbing and ski racing event before he and his his wife at the time, Susie, in 1964 founded the outdoor company,The North Face. Later they founded, under the humblest of terms, another company by the name of Esprit. By 1978 sales from Esprit were topping over 100 million a year but concerns over the environmental impact of the fashion industry caused him to sell his share to his now ex-wife, Susie, and take up conservation projects in southern South America after moving to Chile.

Tompkins' first conservation project was Pumalin Park in the Palena Province of Chile consisting of an 800,000 acre region of the Valdivian temperate rain forest. From there he and others went on to purchase more land immediately turning these new parcels in national parks. Here's the rub, after becoming the largest private landowner on earth all these lands were first rehabilitated then turned over to the countries they were located. Tompkins other projects include developing sustainable agriculture techniques and promoting biodiversity.

He passed away on December 8 in southern Chile when heavy waves caused his kayak to capsize. After rescue he was flown to a hospital but eventually died of acute hypothermia.

What I find fascinating about the late Mr. Tompkins is that he kept his public presence extremely low key, even though had he actively sought the spotlight it might have drawn more attention to his environmental causes. When you take into the consideration all the medium-level rich publicity leeches and outright megalomaniacal millionaires and billionaires out to reshape the world in their narcissistic image, Mr. Tompkins' understated and unselfish efforts provides a welcome but brief renewal of hope for our species.

Jump over to the websites below to learn about his environmental efforts.

Check out 180 Degrees South on Netflix. It's a fantastic documentary.

I had never heard of Doug Tompkins, either, even though I'm familiar with the two companies he founded (The North Face and Esprit). Interesting. My brother visited Patagonia a few years ago; I'll have to ask him if he has heard of him.

Pixel: What's sort of funny is that once I learned about Doug and his efforts I had an idea to purchase some stuff like jeans or a couple of shirts from the North Face company. That idea didn't go far since everything I looked at was WAY out of of my humble price range.

Been looking at tour group trips to Patagonia since watching 180 Degrees South, all that open and apparently underpopulated area greatly appeals to me.

I was familiar with the companies (especially North Face) and was glad to learn of his environmental work. His death is sad but I was also glad he died doing something he enjoyed.