A Tough Road for the Kids 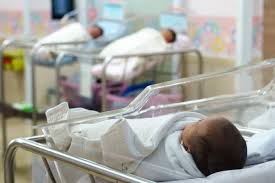 Last Monday started out as a fairly normal day at my work. I'm part of the Engineering crew at a local hospital that normally maintains HVAC systems and other assorted mechanical equipment. I clocked in that morning at my usual time and went about my normal duties. It's all pretty mundane stuff, so much that it's not huge exaggeration to say a technician could set a clock on when a piece of equipment will go bad again after being fixed.

That day was a little different in that I was part of a crew that had to work on a stuck heat valve above the ceiling in the Labor and Delivery department. In fact that valve was located in the ceiling above the new born nursery where four babies were being carefully watched over by a couple of attentive nurses. It goes without saying those two nurses weren't happy that three guys from Engineering were in their work area. But the nursery was too hot and we had traced the problem to that stuck valve.

Having the valve in the ceiling above the nursery was simply a case of poor design but all that was decided years ago. For the Engineering crew I was part, we had to work swiftly and as quietly as possible to drain the water line, clear out or replace the valve, then leave the area without disturbing the babies.

Luckily all we had to do was drain that particular water line, which flushed out a nice chunk of trash allowing the valve to open and close properly. We were out of the nursery in about forty-five minutes with the area now cooling as it should. That still left the matter of gathering up our equipment and putting the ceiling tiles back in place. That last part fell to me as the other two guys began heading back to our shop.

Once done, I glanced over to the sleeping babies and became thoughtful about the future for a moment.

“Hang tight, kids” I said to the babies without really thinking. “It's going to be a rough century.”

One of the L&D nurses heard my words and looked at me like I was crazy before walking off. The other nurse also looked at me, smiled and nodding in agreement as I left the room.
Posted by Beach Bum at 5:40:00 AM

Whatever anyones reaction to what you said to the little ones, it's the truth. I didn't even know that you done engineering maintenance work at the hospital ... I somehow thought that you were a lab/ xray tech or something. I mention this, because an old buddy of mine for years, is the manager of the engineering maintenance department of Dallas Medical Center here by my home. He been with them for like 25- 30 years(?) or so. About 10 years back, he was fixing something in the building, like you, on a ladder, somehow he got an electrical shock that threw him from the ladder, he also broke a few bones (leg/ ankle) from the fall, and had a couple surgeries. He was off for a few months, but back on the job, the hospital took care of everything, pay, surgery, and otherwise. I guess that's just the job hazard some of y'all face from time to time.

That is the actual truth. It's one time when I'm glad I have fewer years ahead of me than behind me.

Some days I think exactly like The Bug and I have far fewer years ahead of me than she does.

You have a tough job--working on things next to patients in critical care. I agree with your advice to the babies, however. This look rough but from a selfish POV, I'm with Bug and Catalyst, I have fewer years ahead than behind.

Yeah, me too, probably - fewer years ahead than behind.

Despite everything, I am hopeful for the young. Our youngest generation is learning a lot and quickly. I think it's just possible they'll learn to value certain things my generation (GenX) never did - including, frankly, each other.

Hello everyone are you a forex trader or you Have heard about it for long and right now you wish to give it a trial ? please also be careful of these unregulated brokers advertising on the internet.
You can avoid loses and also make good choices when choosing a broker to trade with.
So i am recommending an expert who is well known all over EUROPE for her master class strategy, and her ability to recover loses no matter how long it must have been, she also gives free tutors for beginners.
I share this because she has led me( so many people) through the paths of failure into success for over 3 years now that I have known her and
I'm making huge amounts of money through profits.
To reach out to Mrs Deja Ellie is very easy and she is ready to take up the challenges with you.
All you have to do is drop a mail to her email address - Dejaellie@gmail.com - the doors are always open to reach out to her..
thank you

Hi guys, if you have been a victim of any binary/ cryptocurrency scam, contact easybinarysolutions@gmail.com they're highly recommendable, and were efficient in getting my initially lost 2btc refunded