The Limits to Human Existence 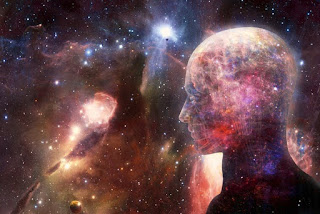 One of the questions of existence that has been stuck in my head like an irritating song is the nature of human intelligence. The main question being would a hypothetical alien crew out zipping around the galaxy even classify Homo sapiens as an intelligent species.

I mean we kill each other over debates about whose god is best, ridiculous ideas of ethnic and cultural superiority, and political ideologies just to name a very few. Truthfully, I can easily see an alien starship captain telling his crew to lock the proverbial doors to the starship and turn off all electronics as they ride through our solar system in hopes of not being noticed by the naked primates living on the third rock from the sun. Being a little less tongue-in-cheek, I believe there is an argument that these starfaring aliens would see human civilization on the same level we look upon an ant mound on the side of a busy road. But there is another question about human intelligence that is bothering me today.

A recent article published on the Phys.org website pondered the question as to whether our species has reached the limits of its ability to figure out the universe. That we will not only never discover the answer to certain mysteries of the universe but we will never be smart enough to ask the right questions. The idea being that while chimpanzees know a lot about their native environments, but you would never dream of asking even the most intelligent of that species any questions about things like astrophysics or genetics.

Yes, through science and mathematics we have deduced much of the nature of the universe and then created experiments to test our observations. But our heads seem to be bumping up against some limits, such as being unable to connect gravity with the other fundamental forces of the universe being electromagnetism, the strong nuclear force, and the weak nuclear force. Human consciousness and how it came to be out of inert matter is another question that, from everything I read, is giving the scientists fits. Yes, research is ongoing and yes, there have been other questions in science that seemed intractable in the past but now seem commonsense.

Many philosophers believe we might be reaching a point of “cognitive closure” when it comes to certain aspects of the universe. This gets back to why I mentioned you would never ask a chimpanzee anything about astrophysics nor genetics. To believe humans aren't subject to the same limits in some fashion is the height of hubris. The tools we create do allow our species to probe beyond the limits of our senses so we can ask new questions. But could there be a point when the fundamental limits of our intelligence prevent us from being able to even conceive the right questions?

I have to add another possible limit Homo sapiens may be facing is our ability to cooperate on the larger scales now demanded by our problems like climate change. While human civilization has not been organizing on a linear scale, it has generally progressed to larger entities with periods of chaos in between. We have more or less gone from small villages to cities to fiefdoms to empires to nation-states with each paranoid over possible violations of their sovereignty.

With over seven billion people on the planet now and numerous issues that can only be adequately addressed on a global scale, the nation-state cannot meet the challenges of climate change, environmental collapse, resource depletion, nor many other problems we face. However, any attempt to establish a strong global entity to meet these challenges is viciously opposed by most governments, multinational corporations, and other established interests.

Our cognitive limits might slow down human progress until we can create new tools like general artificial intelligence who can supersede our primitive brains, the greatest danger to our survival might our inability to cooperate on the needed levels. For years it was believed that Homo sapiens wiped out the Neanderthals through warfare, while that is still a possibility on a smaller scale, another theory is gaining favor. That the Neanderthals could not fully adapt to the changing conditions they faced. That even after hundreds of thousands of years of species survival they could not adapt to the sudden onset of new conditions like the ending of the last ice age. Whereas Homo sapiens could adapt allowing them to inherit the planet.

This gets back to my initial question, has our species possibly reached the limits of its existence?
Posted by Beach Bum at 2:03:00 PM

Beach, that's a very interesting argument, and sadly, it may well be right. However, the worst thing we can do for the future of humanity is to act on it. After all, if we're done, there is no point in trying, is there? And if we ever stop trying, we're done. Hugs, my brother!

What bugs me about all this is that we'll never know the answer, because whatever happens will probably be long after we've left this mortal coil. Damn it. On the other hand, do I really want to be around for the madness?

I got to say, Bum, this posting got me to laughing ... I know you wouldn't want to ask this chimp (me) anything about astrophysics or genetics ... heh, heh, heh, heh, heh, {:-) Nope, artificial intelligence will do most of our work for us, I guess. We ain't got much choice in the matter ... it will either save us, or we'll certainly become more and more capable, at the rate we're going, at destroying ourselves. I myself am just here for the ride, and enjoy all I can to the fullest, and don't give a shit if I find the answers or not, but it's fun finding out what I can along the way. I do think, though, there is probably something similar to life here on other random planets in the universe. I guy once told me about how long humans have been around as a species, as if it's remarkable, heh, heh, heh, heh, heh, {:-) ... although, I thought that was funny too ... I mean, I doubt our species will even last a fraction as long as dinosaurs did ... at least, not in our current form ... I do feel a new human species offshoot may come about, but partly created by us. We'll become what folks once called God, after all, mankind created God in it's own image ... creating beings in our own image ... heh, heh, heh, heh, heh {:-)

I am rather pessimistic myself. I think global warming, overpopulation, greed and inequality etc will finally get us into deep trouble. Maybe not in my lifetime but it could be as well.
There seem to be an ostrich mentality all over the world. Put your head in the sand and just act as if nothing is happening. No one wants to give up their lifestyle. Except for the children of course but do they get heard. The fact that there was so much hatred against Greta Thunberg means that she does reach some of these people. They do hear what they don't want to hear. Well it is sad that humanity has come to this.

I attended a lecture this week by a think-than dude who spoke about how, for centuries, improved health of citizens corresponded to increased GDP of nations. This occurred in most Western countries and even places like Korea, Japan, and China. But now, in the poorest countries of the world (he talked a lot about Niger) where health rankings have gone up (mainly meaning a significant number don't die before they're five), the GDP is actually going down. Of course, there may be many reasons for this, but one consequence is the increase in people with no hope and jobs as they move toward adulthood, creating other social problems. And what can we do about it. It seems that even when we do things well, we screw up. But then, that fits my Calvinistic world view :)

You raise a lot of interesting points and a lot of unanswered questions. These kind of questions always make me wonder - if I could travel in time, but only once - would I want to go way into the past, or way into the future? Because I'm just as curious as you are.

Are you tired of being human, having talented brain turning to a vampire in a good posture in ten minutes, Do you want to have power and influence over others, To be charming and desirable, To have wealth, health, without delaying in a good human posture and becoming an immortal? If yes, these your chance. It's a world of vampire where life get easier,We have made so many persons vampires and have turned them rich, You will assured long life and prosperity, You shall be made to be very sensitive to mental alertness, Stronger and also very fast, You will not be restricted to walking at night only even at the very middle of broad day light you will be made to walk, This is an opportunity to have the human vampire virus to perform in a good posture. If you are interested contact us on Vampirelord7878@gmail.com