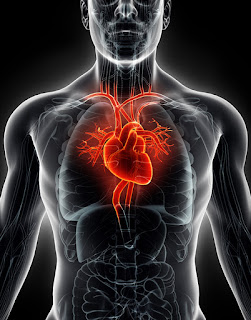 Just a quick update. Had a cardiac ablation on October 11th to solve issues with things like heart flutter and ventricular tachycardia. Cardiac ablation is a relatively simple outpatient procedure but I took a four day weekend to recover because my groin area was quite sore. You really don't want me to explain that detail, just take my word that it's unpleasant.

After a relaxing weekend, on the afternoon of October 15th had a setback. I was suddenly hit with another bout of ventricular tachycardia which sent me to the emergency room and a hospital stay that lasted until this passed Thursday.

Didn't post anything about this hospital stay because I was both depressed and more than slightly pissed. Depressed because the assurances I was given about the problem being "solved" weren't worth the toilet paper stuck to Trump's shoes as he boarded Air Force One the other day. And pissed because I didn't do my own research into VT and the cardiac ablation procedure. Found out people can have up to four procedures and still end up taking the medicine that controls crazy heart rhythms.


Feeling "better" as compared to the events on October 11th. But I'm still getting use to the new blood pressure meds and the fact I don't really have much of an appetite lately. The appetite thing could be a blessing since I need to lose weight anyway.

Once again, huge shout out to my wife, son and daughter who did their best to take care of me. And a massive thank you to my coworkers who visits made me feel much better.
Posted by Beach Bum at 1:02:00 PM

Email ThisBlogThis!Share to TwitterShare to FacebookShare to Pinterest
Labels: confusion, families, I give up, WTF!

Boy, that really sucks. Sorry you have to go through this. I hope the docs can get this permanently fixed.

Wishing you the best - and glad you had great support from your family and co-workers.

Well dang man - all this heart business makes me nervous. And it's not even my own heart! Take care of yourself!

You and me, man – we've GOT to start staying outta the hospitals! You DO know that we don't get frequent surgery points (which go towards posh vacas on lovely tropical islands...of course). I just found out and BOY am I pissed!

Just remember as we plunge forward:

"Outside of a dog, a book is mans' best friend. Inside of a dog it's too dark to read". Groucho

Hi everyone, Are you into trading or just wish to give it a try, please becareful on the platform you choose to invest on and the manager you choose to manage your account because that’s where failure starts from be wise. After reading so much comment i had to give trading tips a try, I have to come to the conclusion that binary options pays massively but the masses has refused to show us the right way to earn That’s why I have to give trading tips the accolades because they have been so helpful to traders . For a free masterclass strategy kindly contact maryshea03@gmail.com for a free masterclass strategy. She'll give you a free tutors on how you can earn and recover your losses in trading for free..