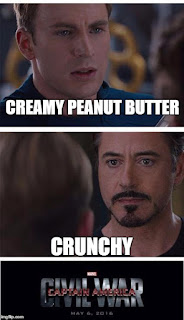 Paraphrasing here, but I recently read an article by a travel writer describing how after a long and grueling schedule of visiting wonderful places and meeting interesting people around the world, he likes to return home after his tiring journeys, sit in front of his fireplace and sip a glass of fine wine. As I further read the article, I waited for some tacit comment that while navigating various labyrinth-like international airports, dealing with degrees of exhausting jet lag and difficult bureaucratic immigration and custom officials are a pain, being a travel writer was about the best work a person could snag in this stunted existence. But strangely enough, in a world overflowing with crappy jobs, this irony-impaired author just continued on about the best wines to drink after returning home from strenuous travel as if his predicament was natural and shared by the rest of humanity.

Far be it from me to criticize a truly talented and successful writer but unfortunately my normal sympathy, compassion, and basic give-a-fucks were all stupefied at the idea that seeing the Eiffel Tower, the ruins of Rome, or a beautiful Tahitian sunset could ever approach being more trouble than they were worth. I'm sure other people are more deserving of someone smacking them upside the head than this travel writer, but right now I'm at a loss to name anyone else.

No, the jobs most of us workaday schmucks have settle for are ones that pay the bills and, if we're lucky, leave enough left over to do more with life than just survive. As for mentally and physically unwinding after a tough day at work with a fine wine, personally for me, that will remain the purview of socially snobbish pricks who fret about the type of china used at dinner and the proper placement of the shiny silverware. Hell, in reality given my schedule, I really don't have the option to unwind for any length of time after work.

Coming home in the morning after my shift I have just enough time to clean up, eat some breakfast, then try and crash around 8:30am before the two family dogs start losing their minds around 2:30am needing to go outside and pee. I know you shouldn't anthropomorphize the behavior of animals, even pets, but I swear my dogs, Snickers and Sparky, have this particular facial expression that says, “Hey dude, if you don't get your sorry ass out of bed right now, you'll be the one cleaning up the stains in the carpet and picking up the poop.” Funny things about that, when I don't let the dogs out in time, both of my fur kids retreat to the couch and then give me this smug,”we warned you” look as I go through the motions of fueling up the carpet cleaner and disposing of their solid toxic waste.

No, the only real time circumstance has allotted for me to get all introspective is what amounts to my lunchtime in the middle of my shift, usually somewhere around 1:00 to 2:30am. If I was a sociable person I would eat lunch with my two coworkers, its just that I don't like Duck Dynasty, or any of the other shows they watch in the actual break room that all have a combined IQ of 60. In an effort to keep good relations, I do sit with them in the break room at the beginning of the shift and drink a cup of coffee. During that time I have adapted the advice of the leader of the penguins from the Madagascar movies to keep good relations. I simply smile and nod at the unoffensive conversations they have, subjects like how they can't understand how any self respecting guy could have a cat as a pet. Or my favorite, their usual rage festivals at bad drivers and how close they came to pulling their pistol out from its hiding place underneath the seat after some fool offended their delicate sensibilities while on the way to work.

When my lunchtime comes I retreat to the room used by my group to store supplies and spare uniforms. Inside that room we have a table and comfortable office chairs that allow me to sit back and enjoy what has to stand in as a replacement for any fine wine. Believe it or not, I get an immense sense of enjoyment from eating a crunchy peanut butter sandwich. No, it's not a finely aged wine nor is my location for lunch in front of a warm, inviting fireplace but in this progressively depressing age, shit could be far worse. 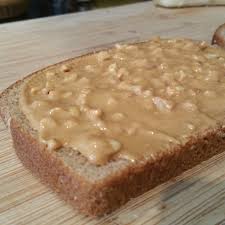 For reasons I have never figured out, there seems to be a bias directed against lovers of crunchy peanut butter. This goes back to my childhood when I remember the other kids at my school lunch table staring in horror as I bit down on the tasty shards of peanuts mixed in with the regular creamy spread. Given their expressions, they apparently misidentified the crunchy noise coming from my chewing as screams of horror from the tiny peanuts as they met their demise. At least that is how I liked to played off their disgust and grade school condemnation at my lunch preference. Unfortunately, no one else in my family liked crunchy peanut butter, so I was eventually forced to go with the preference of the unimaginative majority.

By accident I renewed my love of crunchy peanut butter after becoming a dad. I was making a grocery run and along with buying the wrong shampoo for my wife, the totally incorrect breakfast cereal for the kids, I accidentally grabbed a jar of crunchy peanut butter, which was supposed to be used for their school lunches. Frankly, I never in a million years would have guessed the level of blow back I got from my wife and kids over picking the wrong peanut butter. Picking both the wrong shampoo and cereal was completely forgotten about when they saw the horror of all those chopped up peanuts inside the jar. If my kids ever have to go to therapy, I figure that incident will be brought up as to one of the reasons they can't deal with life or have long-term personal relationships.

As for my wife, it amazes me that in as little as five minutes after the fact, she can totally forget the odd place she moved the book I was reading, or where she tossed my shoes that I mistakenly left in the living room—another terrible sin in its own right. But to this day, over a decade later after mistakenly buying a jar of crunchy peanut butter for the kids lunches, she readily brings up that fact whenever I inadvertently again screw the pooch at the grocery store. Yes, she brings up many of my other sins but it all goes to prove the point that the Pope is correct in that women can never be priests. It is simply impossible for them to forget any transgression and as sure as bear leave steamy piles of poop in the woods, they cannot forgive.

All that changed recently since I have one kid in high school and the other in college. Neither of them like peanut butter anymore, and my wife buys her own organic creamy, which to me looks more like wet mud. So that leaves me to finally indulge in my crunchy peanut butter without guilt. What this personal crunchy peanut butter renaissance means is that I am now able to sit back during my all too short lunch breaks at work and unwind while contemplating the crappy state of human affairs. One of my favorite thought-experiments while I savor the magnificent flavor of my sandwich is to think of where I would go on the planet to get away from all hoi polloi that make up many of my fellow Americans. For years my favorite imaginary sanctuary was either the south island of New Zealand or the southwestern coast of Australia. Both places are blissfully underpopulated, which fits nicely with my general antisocial tendencies and well established disgust of the human animal. I would be remiss if I didn't add that both places are about as far away from the United States as a person can get and still be on planet Earth. A nice benefit when the United States has its collective psychotic break with reality. Yes, the election of Trump is a disturbing omen that such an event will be here sooner rather than later.

Yes, during these periods of relatively deep thought, it has occurred to me that I am taking on many of the snobbish characteristics I laid at the feet of the wine drinking travel writer for whom world travel can be a burden. There is nothing more plebeian than peanut butter but on the other hand drinking wine at work would get me fired. Anyway, I save the alcohol for the weekends to deal with things at home like neighbors and chores that never end.
Posted by Beach Bum at 4:53:00 PM

Funny. My experience is the exact opposite. I hate crunchy peanut butter but have never known anyone who didn't balk at the thought of eating smooth.

When I was a teenager, I always wanted to move to Canada or Norway (the more northern areas, either country), for the same reasons you named: low population density. Funny how life turned out.

I love peanut butter and refuse to buy shampoo for others. In fact, I haven't purchased shampoo in nearly 25 years as my wife is always trying new kinds and I just use up what she doesn't like. As for night shifts, I did that for a year. There are some interesting people who work those hours!

healthful and preserve the weight off. in case you are locating it tough to jumpstart your eating regimen, the help of a clinically demonstrated nutritional complement which include Proactol can assist. verified to bind up to twenty-eight% of your dietary fats consumption, Proactol also can help to cut back your hunger, beautify your LDL ldl cholesterol and minimise your calorie intake by means of 450 calories according to day.For more ==== >>>>>> http://testoupmaxfacts.com/max-testo-xl/

I love crunchy peanut butter! But Mike doesn't, so we don't buy it (because I would just eat "my" pb from the jar & it would be gone in two days & that seems like a bad idea!).