Things that Can't be Unseen or Forgotten 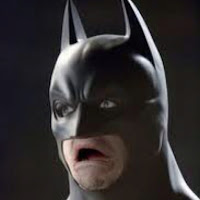 The following event occurred over two years ago and is only now gotten to the point that my personal statue of limitation for uncomfortable and creepy situations has expired.

While I can never be called a prude or a strict goody-goody moralist for the most part I am not overly familiar with most people except close friends and certain family members. The best way I can describe myself is that I am quite formal around most others to the point I can seem standoffish. Over the years there have been numerous instances where my behavior and intentions were grossly misjudged which ultimately caused a considerable amount of hurt feelings.

I actually blame this on my size and appearance. See, I stand over six-feet, five inches with a body type that suggests a different life path could have saw me become an NFL linebacker. Add to that a general facial expression which one army drill instructor told me point blank would easily scary the hell out of an already nervous recruit tends to makes it difficult for some people to judge my true demeanor. In fact, one cold morning at Fort Carson, Colorado a rather meek second lieutenant came around the corner of a building in the motor pool and saw me pulling radio equipment out or a vehicle. Somehow I startled the guy because he immediately snapped to attention and salute me like I was a full bird colonel or something. One word of advice to any young soldier or potential recruit who might read this, if something like this ever happens to you quickly respond back the proper way because the last thing your budding military career needs is a bitchy little officer hounding your ass.

I'll also admit my own sense of humor is almost incomprehensible to many, which by itself throws a huge monkey wrench in how others relate to me. When the main form of humor of those around me involves fart jokes and funny events concerning their redneck adventures while I laugh at Monty Python and Patton Oswalt comedic routines its hard for either to identify with the other. Once again I'll admit that I am a pretentious snob who sees the zany antics of those appearing on such shows as Duck Dynasty frankly beneath me and anything else appealing to the lowest cultural common denominator.

Taking all this into consideration it shouldn't surprise anyone that when my son, Darth Spoilboy, started dating I kept a respectful distance from his various girlfriends. On occasion I've seen how other dads act around their son's girlfriends and while I'm sure it's all innocent and good-natured hospitality, I frankly wouldn't feel comfortable acting in a similar manner. So you might understand how the following incident totally creeped me out.

It started on a Friday with me going to the individual laundry hampers in each room and essentially dumping everything in the floor in front of the washer and beginning the weekly process. Since my workweek begins on a Sunday night Friday mornings are the start of my weekend. Unfortunately, during that time the other members of my family are either at school or work, which leaves me “free” to do the required chores. That always means laundry, and to be honest not only have I become quite good at the job it is not unusual for me to enter a zen-like state when folding the clothes. Believe it or not, I have actually found that the motions of taking a chaotic item out of the dryer and returning it to a state of order quite spiritual. I liken my folding of clothes to videos I've seen where Tibetan monks create beautiful and exceedingly intricate sand art only to destroy once their creation is completed.

During those moments time ceases to have any real meaning with the universe and I becoming one. In fact I often just sit on the floor in front of the dryer and just pull out and fold the clothes there and just use the laundry basket to transport everything back to the rooms they belong.

It was during one of those quiet and spiritual moments that I pulled a rather odd item out of the dryer. It was skimpy, lacy underwear that in all honesty probably came from a place like Victoria's Secret. Yeah, this was one of those times that proved I was never the sharpest knife in the kitchen drawer because I sat on the floor for almost a full minute wondering who that sexy undergarment belonged. Excuse the disclosure of far too much information but lets just say that as the custody of the family laundry I knew neither my wife much less my daughter wore anything like that.

When my poorly wired mind finally came up with a possible owner of such a mature and small undergarment I dropped the item and began crawling away from it as if I had stumbled upon a highly radioactive alien lifeform that wanted to drill a hole in my skull and suck out my brain like watery apple sauce. Okay, please no one write comments or send me emails trying to inform me what it meant that my son's girlfriend had her underwear in his dirty laundry, trust me I'm slow at times but this was a no brainer.

The problem I had was how to dispose of the garment since I sure as hell didn't want either individual to know I knew the damn thing, and possibly others, were in the family laundry system. The creepy part in all this was me sorting through the mound of dirty laundry on the floor in front of the washing machine looking for those particular items or anything else that might belong to my son's girlfriend.

After searching I came up with six items, not all of them undergarments, I couldn't readily identify and I threw them, and all my son's clothes, back into his laundry hamper. If young Darth Spoilboy asked me why I hadn't done his laundry my intentioned was to claim I forgot and tell him it was his chore that particular weekend. The two lovebirds showed up at the house a few hours later and I found that I couldn't look the girl in the face. There are just some things I DO NOT want to know about people and the style of underwear they like is quite high on that list.

Thankfully, the two broke up a month or two later, it was never more than a normal high school relationship with one of them losing interest. Needless to say I was quite happy with that turn of events since after the incident because I always felt I needed to leave the living room when they were at the house watching television.

My son is in his second year of college now and came home yesterday not only with a load of dirty laundry but also his new girlfriend. Old habits die hard and I think Darth Spoilboy believed I was going to include his clothes with the rest of the usual laundry. He was quite puzzled at my strong reaction when I told him I didn't care what possible events he had planned for his weekend back home, he was going to do his own damn laundry.
Posted by Beach Bum at 9:55:00 AM

I'm not sure what to say. Well, I'm laughing a bit uncontrollably now.

...I dropped the item and began crawling away from it as if I had stumbled upon a highly radioactive alien lifeform that was attempting to suck my brain like watery apple sauce... LOL! I probably would have done one of those ninja dances that one performs after walking through a spider web. :-)

Pixel: Finally got around to fixing my usual typos, including that sentence.

I have 4 daughters, 3 of them are teenagers. I have nightmares about this particular kind of thing all of the time.

That is SO FUNNY! I wish I'd been there to see your horrified expression :)