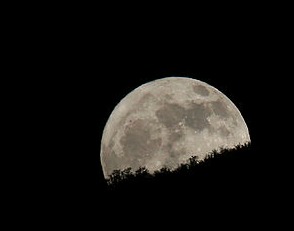 The conversation I found myself having with an acquaintance/neighbor last week quickly turned into one of those odd, surreal rarities that others would think you were lying through your teeth if you told them about it. However, the terrible events that took place the next day made it relevant in a way neither my visitor nor I could imagine.

Lately my wife has been beseeching me to be more open and approachable to the natives, so I felt obligated to try when this gentleman said hello and crossed over into my yard as I was raking the leaves littering the ground around me. I admit, this unnamed person was doing his best to be friendly and while I happily wrap myself in the banner of a snobbish prick who considers himself several levels above the rank and file suburban serfs I met him halfway and shook his hand. Unfortunately, while things stayed friendly and personable the conversation quickly went off the proverbial cliff.

After a few generalized niceties the guy went straight into a rehearsed spiel about how my family and I should start attending his church, a small fundamentalist place a few miles down the road from the subdivision we both live. Contrary to my wife's assumptions upon hearing this I didn't freak out and throw the guy out of my yard for wasting my time. Nor did I go into a half-assed diatribe about how it would be a cold day in hell before I ever set foot into his right-wing, Taliban-like evangelical church whose members probably gather together each Sunday to discuss when Obama will come for their precious guns. I simply told him no thanks and tried to return to my chores.

Somehow this person didn't get the hint and then proceeded to start talking about current events before telling me about on a sermon he heard on the radio a few days before. According to him, the sermon dealt with Canada's very liberal immigration policy and how it was a threat to the national security of the United States. This is where it started getting seriously weird with him spouting off points about the length of the U.S./Canada border and how it's essentially undefended. His point being that any number of nefarious individuals or even groups could leave behind their socialized health care and come south to blow things and people up.

Quite frankly I found myself dumbfounded that I was being drawn into a conversation that I didn't want to participate. Nor did I want to justify his verbal offal with a response since I considered this guy full of paranoia topped off with gobs of stupidity like icing on a cake. After totally berating Canada for several minutes I expected this person to start on Mexico but for some reason he seemed to have forgotten about our unlucky neighbor to the south. Against my better judgment though I did try to explain to this guy that securing the U.S./Canada border would require an unimaginably massive amount of personnel, which in turn would force taxes to be raised to pay for the people and material to support such a mission.

True to form this guy responded that we could pay for it by cutting wasteful spending and other programs, which I took to mean the much belittled welfare and food stamps. Somewhere in the nether regions of my brain I registered his comment to mean that while he, and probably many others, lived in abject fear of some nebulous Canadian immigrant boogeyman that was still not a reason to raise taxes.

Maybe it's because I'm married to a tax attorney with years of experience with government financing but what nearly all tea baggers utterly fail to understand is that there isn't any giga-pile of money being wasted that could be put to constructive use. Neither is there really any room to cut discretionary spending, the United States already has the highest child poverty rate in the Western world making our country an embarrassment to the rest of the industrialized nations. Further more, as much as right-wingers want to deny it, our infrastructure like roads, bridges, and electrical power grid is old and being held together with duct tape and good intentions. So the idea of somehow securing the Canadian border to prevent individuals from sneaking over wins the glorious booby prize of being so completely stupid as to defy human imagination.

Call me foolish, but for reasons I can't really define I didn't try to have a coherent conversation with this guy as to why he and his radio preacher were wholesale morons. But said something to the effect that if terrorists wanted to sneak into the country all they had to do was wrap themselves in bails of marijuana or cocaine. Because the federal government has spent untold hundreds of billions to try and stop the importation of drugs since Ronny Raygun and failed miserably. I didn't think my point was that abstract, but the look of total incomprehension on my unwanted visitor's face made him appear to be contemplating quantum mechanics instead of considering alternate routes to sneak into the country. Whatever the case, Mr. Acquaintance/neighbor, chose that moment to say he had to leave.

Of course, this conversation took place last Friday, one day before the horrific terrorists attacks in Paris. Making matters much worse, one of the ISIS terrorists involved in the attacks was carrying a Syrian passport and appears to have been masquerading as one of the thousands of refuges fleeing the ongoing civil war in that country. Not to take away the humanity of both Mr. Acquaintance/neighbor and his radio preacher, I figure it's safe to guess that both spent much of that weekend filled with righteous indignation that their favorite nightmare came partially true.

That Saturday night the already scheduled Democratic debate had the three candidates running around in circles trying not to appear soft on terrorism. I didn't see the entire debate, only segments posted to You Tube but I came away with a creeping fear far different from the possibility of followup attacks either in France or here in the United States.

Way back during the 2012 presidential campaign I compared the Republicans running for the nomination back then to the aliens in the cantina scene from the original Star Wars movie. Those movie aliens were truly bizarre creatures but quite comparable to the collection of preening rich boys suffering from delusions of grandeur and amoral, failed politicians desperate to regain power. Unfortunately, the 2016 Republicans candidates running for the nomination make the ones from 2012 look halfway normal. Things are so bad Ted Cruz alone appears more like a fictional character from a political thriller written with H.P. Lovecraft-inspired overtones than an actual person running for president. Throw in Donald Trump and Ben Carson, the current front runners no less, and you have enough material for a Constitutional nightmare. The one unifying theme all these lackluster and brain dead puppets share is that their belief the United States must be ready to bomb the living shit out of anyone who even looks cross-eyed at us.

The point in all this rambling is that the American electorate even in the best of times is a bunch of barely sentient animals that usually responds more readily to fear than hope. For all the glib assumptions that either Hillary or Bernie would easily defeat any of the Republican morons in a general election that idea is based on the current political dynamic in this country. After the 9/11 attacks the United States essentially lost its feeble mind and willingly embraced things like indefinite detention, warrant-less wiretaps, and even torture. Oh, the media and politicians wrapped those concepts in clean, justifiable terms to make them tolerable to the hazy American center who at the time were more worried about bad guys flying airplanes into public buildings. So please excuse my cynical belief that a couple of Paris-style attacks here in the United States would push the mushy American middle into electing a president who would make George W. Bush seem enlighten and thoughtful.

I once thought the 2016 presidential campaign would on the Republican side be a laugh riot. The idea that any of them, even the so-called moderates like Jeb Bush and that governor from Ohio, could be elected seemed ridiculous. Now, when your consider the conversation I had with Mr. Acquaintance/neighbor all I can say is that I'll be sweating bullets until Election Day next November.
Posted by Beach Bum at 8:14:00 AM

I know I may have a different appreciation for Christianity than you, but I have to wonder what Biblical text that sermon was based. It sounds as someone's political philosophy is driving their theology and not the other way around. Throughout the Old Testament, Israel is continually berated to show kindness and to protect the "widow, orphan and alien" in their midst and in the New Testament, Jesus and his family became refuges in Egypt during Herod's reign of terror...

By the way, don't ever move to Utah!

Sage: Don't get me wrong, I have the highest regard for the tenets of Christianity. However I did not view my visitor as a representative of that faith. But yeah, in the area I live politics is intertwined with religion to the point the two are essentially the same.

As for Utah, been there and skipped buying the t-shirt.

I don't understand. You said you were raking so you obviously had a weapon on hand. Why didn't you use it? Stand your ground, dude. He was threatening you with stupidity and bigotry, and in your own front yard.

P.S. Incidentally, I really am a robot.

And now you've got me very alarmed - I hadn't considered that these attacks might help the Republican party. Sigh. On the other hand, I've been pleasantly surprised by some of my fairly conservative Christian friends - they're talking about the Good Samaritan & our call to be love in the world. I'm proud of them! Even though they're a small minority of sanity, and will probably vote republican anyway because of their other conservative values...

I have the same fear, that the Paris attacks might help the right wingers. And I've seen posts on Facebook that just make me shake my head...and they are posts from "Christians" who cheer on those governors of states who refuse to take refugees (as if they could do that). I'm pretty convinced that if Jesus appeared on America's border, he'd be turned away today.

I did live in Utah for 10 years, I loved the state even though I knew I would always be an outsider and even though I don't consider myself a "liberal", I was in Utah. I wrote a post today about another of Utah's misdeeds.